In fact, the phones were used 72 times in 2015, with the number dropping in 2016 to a mere 45 calls. Any time a phone is used, an officer goes to check the phone and check the area, regardless of the nature of the call.

“We hit the buttons, they roll to dispatch, we say which one it is, we test it and if it’s not working we send a work order into telecom and they are the ones who fix it,” Millington said.

James Bellamy, network specialist for Kansas State Network and Telecommunications, said only one of the 52 blue light emergency phones, located in the construction zone to the northeast of Seaton Hall, is currently non-functional due to ongoing construction of the building.

“They really were used a lot before cell phones,” Millington said. “But everybody has a cell phone now, so they just call us directly for Wildcat Walk or things of that nature.”

Millington said that despite being classified as emergency phones, the blue light phones are there for a number of reasons. The phones connect directly to dispatch, where communications specialists assist the public with directions, answer questions about lost and found items or report incidents.

“I’m from a small town,” Calliham said. “I never felt unsafe on campus, but two weekends ago I had my purse stolen out of a friend’s car. I guess I just didn’t think that would ever happen to me.”

Calliham said she would still probably think to dial 911 on her cell phone before seeking out an emergency phone.

Millington said the emergency phones are always available for the public to use for assistance of any nature.

“We’re here to assist and help people in any way,” Millington said. “It’s not an inconvenience when the phones are used, no matter what the purpose.” 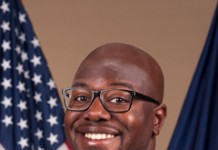 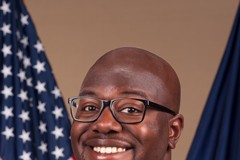