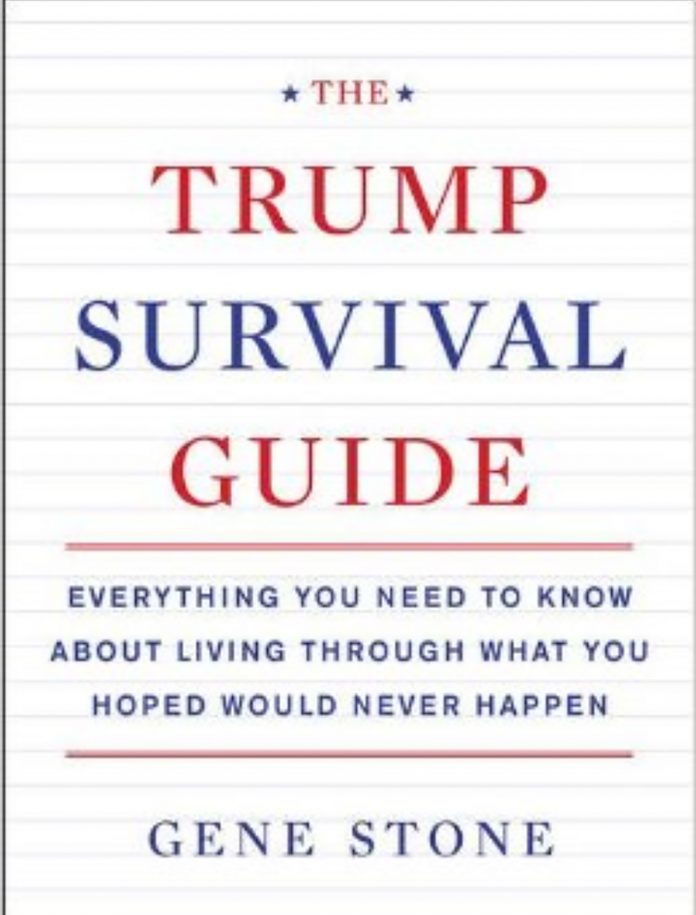 Immediately upon reading the title, it’s pretty well assumed that the majority of those who will read this book can best be classified as liberals.

While that assumption is most likely true, I would still encourage everyone, no matter what your ideology is, to read this book and try to understand why there is so much fear about Donald Trump’s presidency.

“We’ve Never Known Less About an Incoming President’s Ideology,” Gene Stone quoted from FiveThirtyEight. This was definitely a central theme of Stone’s book, as he writes about what President Trump might do, and acknowledges that much of the fear about Trump is not clearly knowing his positions on key policies.

Each chapter begins with a short and informative history on a particular issue, then discusses what former President Barack Obama did related to that issue and what Trump might do, and ends with advice on how to get involved in activist organizations.

So, for example, Stone starts off his chapter about the Patient Protection and Affordable Care Act, commonly known as “Obamacare” by quoting Trump saying, “ObamaCare is a total disaster. Hillary Clinton wants to save it by making it even more expensive. Doesn’t work, I will repeal and replace.” This gives the reader some idea as to what Trump’s position is.

Next, he goes over the history of the health care fight in the U.S. and how President Richard Nixon and a liberal Democrat senator, Edward M. Kennedy, were working on a compromise between a single payer health care system and subsidies for low-income citizens before the Watergate scandal ruined Nixon.

Yes, that’s right. Richard Nixon, a Republican, was in the midst of compromising with a liberal senator on what could have been the most progressive health care legislation in our country’s history.

Stone moves on to discuss Obama’s fight in getting his signature health care plan enacted and the benefits it has produced for millions of Americans. He then discusses what Trump and the Republican-controlled Congress may do, which he believes is repealing the Affordable Care Act, and the impact of doing so.

He wraps up the chapter by encouraging people to write to their legislators to keep the health care law and provides a list of organizations to volunteer for.

For anyone looking to get involved in activism but isn’t sure how to get started or what organizations to volunteer for, this book is a must read!

My favorite aspect about the book was actually the way Stone organized the chapters. He provides the readers a concise, sober look at the history of specific issues, which so often get distorted, while appreciating the progress Obama made during his presidency.

The sections discussing what Trump might do and how to get engaged in activism was a brilliant technique in what I perceive as Stone attempting to increase political engagement.

Caleb Snider is a sophomore in public relations. The views and opinions expressed in this review are those of the author and do not necessarily reflect the official policy or position of the Collegian. Please send comments to opinion@kstatecollegian.com.

REVIEW: ‘The Hate U Give’ relevant to K-State’s values