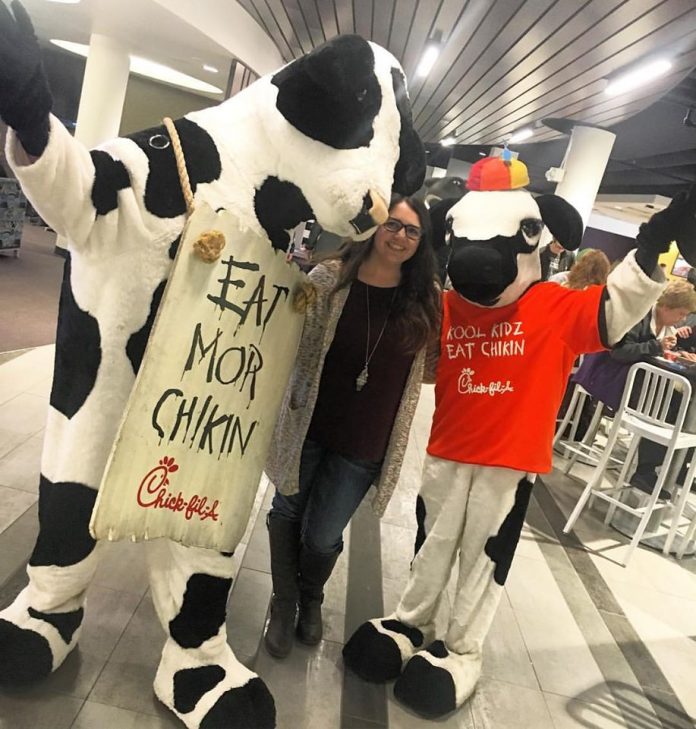 After much anticipation, Chick-fil-A opened at 10:30 a.m. today in the Kansas State Student Union.

You've been waiting, and tomorrow is the day!!! @ChickfilA opens at 10:30am Wed., 7am M-F starting Thurs. https://t.co/VlRcGZKaNC pic.twitter.com/HvQ6NCS1tz

It is no question that students have found this to be the best part of their day.

The would clearly be @ChickfilA opening. Is this really even a contest @mkeenan16? ?

Take that, New Year's Day. February 1st going down in the books as officially awesome. ? @KirklandLambert

The line to eat during Chick-fil-A’s grand opening has been long, but that could be because they now serve a lot more options, such as breakfast, milkshakes and coffees.

Looks like @KState is loving the first day of @ChickfilA! Word on the street is that Willie Wildcat and the cows will be there 12-1pm. pic.twitter.com/r4oU43itQ6

Or, it could be because students and guests could take pictures with the Chick-fil-A cows.

They're out and about! Take a pic with the @ChickfilA cows until 1pm, they're wandering the 1st floor. pic.twitter.com/eVevKnosyj

Or maybe, just maybe, students are preparing for next week’s home basketball game against the University of Kansas.

We're testing the theory that eating waffle fries improves basketball skills by 30% @CallMeT22. It's all part of a highly scientific plan. ?