The College of Business Administration held a meeting Tuesday evening on the third and final phase of its student experience fee proposal.

The third phase of the three-year proposal, which would take effect in fall 2017, would add a $15 per-credit-hour fee in the College of Business Administration to an existing $50 per-credit-hour fee, $30 of which was established by the first two phases of the proposal.

“The purpose of the fee is to hire more faculty and staff in the college and to enhance students’ experiences in the classroom and the building,” Gwinner said.

He said the college plans to hire five new professors and a new adviser with the funds raised by the third phase of the proposal, which will allow class sizes in the college to decrease.

Patrick Kennedy, senior in finance and human resources management and president of the college’s Dean’s Student Advisory Council, said lower class sizes would be a major benefit for students.

“As someone who has been on the Dean’s Student Advisory committee for three years now, I’ve seen it form from the original stages to what it is today,” Kennedy said. “I look back to when we had 400-student classes and seeing those numbers drop to 50 or so people is really cool. When you’re able to provide a lower student-faculty ratio, students are going to gain more from their college experiences.”

The first two phases of the fee have also allowed the college to hire building support staff, such as a building manager, who oversees the security and safety of the building, and a new program associate, who helps award scholarship money.

Although the college has largely raised funds for new staff with tuition fee increases, private donations have also allowed the college to hire career coaches for students, Gwinner said.

Over the course of their undergraduate careers, business students — whom Gwinner said typically take between 51 and 57 credit hours in the college — will ultimately pay between $2,295 and $2,565 more than they would have without the total addition of $45 per-credit-hour under the proposal.

Gwinner said an increase in amount of scholarships awarded would help offset the increase in fees.

Kevin Hurt, junior in operations management and economics, said the added fee will help the college compete with other business colleges in the nation.

“I think (the fee) is worth it, considering when you compare us to KU and other Big 12 schools and the national averages on per-credit bases,” Hurt said. “We need K-State to take a big step in being recognized nationally and improving our professor-to-student ratios.”

Hurt said both graduating and incoming students will ultimately benefit from the proposal.

“The first gut reaction is negative, that you’re paying more money,” Hurt said. “As upperclassmen, it just increases the value of our degrees in the future. Your university is taking strides and your degree is getting more value when the program is better.”

Sarah Niederee, sophomore in agricultural economics and marketing, said she did not initially support the increase in fees.

“I was never really a supporter, but then Patrick Kennedy came to talk to me, and he explained to me that (with the fee increase), you’re investing in your own education and making it a greater asset,” Niederee said. “That way, when you graduate, your college degree is better because of the money you invested in it.”

Kennedy said the increase in fees will help the college establish itself as a top program in the nation.

“Five years ago, people might’ve said, ‘K-State, the agriculture school,’ but now they say, ‘K-state, the engineering and business school,’” Kennedy said. “I think they’ve made tremendous improvements, and overall I think that the building is one of the top 10 buildings in the U.S. We have the resources to be a great program, and all we need is the faculty and staff to make it happen.” 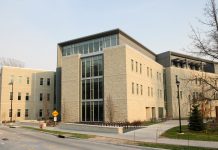 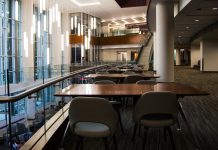