Approximately 20 people received updates about current happenings of the Kansas Legislature from Sue Peterson, director of Kansas State governmental relations, in the Big 12 room during a “brown bag” lunch hour.

Peterson updated faculty, students and staff at K-State on discussions happening in the state capitol covering various topics, including the July 1 expiration of an exemption to concealed firearm carry on campus.

Much of the discussion focused on recent testimony given by students, private individuals and faculty and staff at K-State about the pending implementation of a state law allowing concealed carry on university campuses.

Rules prohibit Kansas Regents universities or their faculty from having an official opinion on legislation without prior approval, so any person employed by K-State may only speak in favor or against legislation if they make clear they speak only for themselves as private individuals.

Students from the regents’ institutions attended “State Higher Education Day” this week, said Bryan Swartz, junior in political science and the Student Governing Association’s local and state relations director. As part of the day, students met with senators and representatives from across Kansas to discuss higher-education initiatives that the student advisories had voted on.

Swartz said they discussed a possible affirmative consent policy regarding intimacy on campus, higher education funding and initiatives regarding concealed carry on campus. In particular, Swartz said the students talked about their recent support of of “local control” for Regents’ institutions and why students supported it.

Swartz said that, based on his own discussions with senators and word-of-mouth about discussions with other students, senators like the concept, they just do not see the practicality of it passing through the House and Senate right now.

“That’s just a reality of the issue in the Kansas Legislature right now,” Swartz said.

Peterson said a number of different bills have been introduced regarding weapons on campus, many with different variations from one another. Some, if signed into law, could grant permanent exemptions to the law allowing concealed carry on campus, some could extend the current exemption out a year or even four more years.

One bill even includes the local control concept represented. That bill, House Bill 2074, “advocates for a permanent exemption, but also differs it to localized control,” Swartz said.

There was also a hearing on the issue of concealed carry on campus Wednesday in Topeka.

OPINION: Did legislators listen at the hearing?

David Rintoul, who is an associate professor of biology but only represented himself as a private individual at Wednesday’s hearing, said there were many more people who spoke at the hearing in favor of a bill extending the exemption to the law than those who spoke against the extension.

Rintoul said citizens speaking in favor of the extension included parents, teachers and hospital administrators because hospitals have also been exempt from the law, but will not be come July 1. Rintoul said that of the few that spoke against the extension, “all of them except one were either lobbyists, ex-legislators or both.”

“It was very disconcerting to see that the senate bill died in that committee,” Rintoul said. “The other problem was that in that particular hearing, the chair didn’t really keep it under control. He had 90 seconds for people who were testifying in favor of the bill and seemingly lots more time for the people who were ex-legislators and lobbyists testifying against it.”

Peterson clarified later that the bill did not die Wednesday, but was not advanced out of the committee room.

In the House committee’s hearing, Rintoul said the chair did much better.

“He kept it on track,” Rintoul said. “You had 90 seconds to say your thing, and he made 90 seconds stand for everybody, which was good. Then they had questions and the questions came from both sides.”

Another issue raised was the idea of contracts and regulations that kept Rintoul and other faculty members from speaking on behalf of K-State. Rintoul said one of the members of the committee hearing the testimony asked, “We’ve heard lots of people talk about how they’re representing themselves, why have we not heard from the universities.”

Rintoul then asked Peterson what would happen if the Legislature asked one of the presidents of a Regents university to speak on the topic.

“They have and the universities have declined,” Peterson said.

Part of the reason for this is what Peterson said has been longstanding policy.

“I have been here for 28 years,” Peterson said. “It has always been the policy of the state universities that we are not allowed to take positions on legislation unless the Board of Regents has taken a position and/or has authorized the institution (to).”

This policy may be a central part of why university presidents have not spoken to senators officially on behalf of their universities about the concealed carry legislation, but Peterson said it applies to all legislation, not just regarding firearms on campus.

Friday’s legislative review session will not be the only one this semester or even this month. According to a K-State Today announcement by Peterson, sessions will happen from noon to 1 p.m. every other Friday, with the next on Feb. 17 in the Big 12 room of the K-State Student Union. The sessions are open to all students, staff and faculty at K-State. 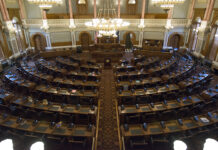 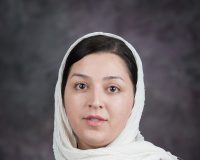