If there is one thing we should be able to agree on, it’s that Kansas is in a perfect position to capitalize on the green revolution by investing heavily in wind energy.

We’re all aware there is no shortage of windy days in Kansas. We are, after all, the second windiest state in the country, and while the state has done a good job in building wind farms, home to around 30 of them — we can and should build more.

And as wind energy becomes cheaper, Kansas should be more incentivized to make the transition away from fossil fuels. Plus, wind energy doesn’t pollute our water and air as fossil fuels and “clean”-burning coal do.

Carbon Tax vs. Cap and Trade

One of the common arguments against the expansion of wind energy production is that it only creates a few hundred jobs and even fewer permanent jobs. But, the Office of Energy Efficiency and Renewable Energy said in 2016 that 101,000 jobs were created in the wind energy sector and that “wind has the potential to support more than 600,000 jobs in manufacturing, installation, maintenance and supporting services by 2050.”

What should make the construction of wind farms even more appealing for Kansas and other rural states is it’s one of the few manufacturing industries that can greatly benefit rural communities and counties.

The Wichita Eagle reported that, “What they mainly provide is cash, in the form of lease payments to farmers and contributions to local governments.”

In Gray County, according to the Eagle, thanks to a large wind farm that was built in 2001, “landowners (will) see about $2  million a year in lease payments from the four wind farms, over the life of the projects, (and) local governments will see a $1.2  million contribution every year.”

This kind of revenue can help rural communities thrive by giving well-paying jobs to local residents and providing local governments a reliable source of cash flow, which can be put toward rebuilding roads, replacing aged pipelines, investing in educational resources for schools — as Gray County did — or any number of things. 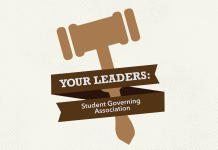 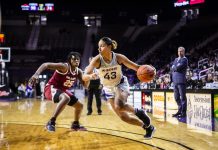 PREVIEW: Here’s what to expect in the Dillon’s Sunflower Showdown