Broken appliances. Backed-up plumbing. Poor electrical wiring. Lockboxes over thermostats. Locked washer and dryer units. Unreturned security deposits. A surprise when the landlord moved into the basement of the rental property. A one-week notice to move out after a spoken-word agreement to extend the lease. Bats.

For Lane Geiss, graduate student in animal sciences and industry, his college experiences included all of the above, even the bats.

“We had one named Arnold because he slept in my bedroom window,” Geiss said.

Geiss, who had no knowledge of what a lease normally consisted of, paid multiple security deposits plus the first month’s rent. He and his five roommates paid $4,000 upfront to the landlord.

“Looking back, he had written the lease himself,” Geiss said. “That’s how he got us to put up all the different deposits. Deposits for bills that we were paying. We should have gotten it reviewed, but we were young kids and excited to get our first place.”

On Jan. 31, McCulloh spoke to Kansas State’s advanced news and feature writing class on a variety of topics, including her hope to pass rental inspection guidelines.

“The two things that I am worried about right now are health and safety,” McCulloh said while explaining her concern about the older homes surrounding campus that may have been made into multiple units.

McCulloh said she hopes to soon pass requirements that all rental properties be registered and inspected by the city’s Code Services Department.

Jack McHugh, junior in mass communications and director of Off Campus Housing Support, has been involved with implementing city regulations for rental properties.

“Without regulations, renters can still do complaint-based inspections through the city once they are in a unit,” McHugh said. “The status quo right now is obviously that there is no inspection. There is no registry or no program. And that’s great for the landlords who have houses in really bad shape. They can still rent them.”

Stricter regulations were previously implemented for Manhattan rental properties, although it was short-lived. In September 2009, the city commission passed an ordinance that required a $20 filing fee for each property and an interior inspection.

McCulloh said many landlords passed the cost of the fee onto their tenants before the ordinance was overruled by the state Legislature in July 2011.

“The state passed something saying we can’t do that anymore unless asked by the tenant,” McCulloh said. “They said we can only inspect the exterior.”

When the police and fire departments do not know what to expect inside a rental, safety becomes an even greater concern in emergencies.

“They go through the whole place when they go in for a fire call, but if they know there’s a basement apartment, they might prioritize that,” McCulloh said.

Additionally, many rentals do not have egress windows in the basement, which is a serious fire hazard, McCulloh said. Egress windows are specially designed to be an emergency escape route from a building.

“There is no way to get out if there is a fire (without an egress window), but those are expensive,” McCulloh said.

“I see students every day about different housing related problems,” McHugh said. “The main thing is the pre-lease phase.”

McHugh said he will read over leases for students to make sure that everything meets the status quo, because once a lease is signed, it is a legal contract. Oftentimes, McHugh has to deliver bad news to students who are stuck until the end of the lease.

“Understandably so, because if there was any wiggle room that would allow tenants out of a lease, they would do that all the time,” McHugh said.

If students have eluded the pre-lease inspection, McHugh is available to help students during the renting phase.

“One I see a lot of is notice of landlord entry,” he said. “Landlords cannot come into your apartment or house without giving you proper notice.”

After a lease is over, McHugh also advises students through small-claims court when the occasion arises.

“Post-lease, security deposit stuff,” McHugh said. “It’s never entirely easy, but small-claims court is a huge tool when there is a deposit being withheld and I can walk them through that process.”

McHugh has been an advocate for the registering of rental properties, having led focus groups with landlords and attending city commission meetings to be a voice for K-State students. Although he said he wishes there were stricter regulations for landlords to follow, McHugh looks forward to seeing the register in place.

“It’s not like houses on the register are inspected and up to code, but it shows that at the very least that the landlord cares enough to do the small task of submitting it to the city,” McHugh said. “That gives a shred of legitimacy to it, versus some unregistered place. It’s a step in the right direction.” 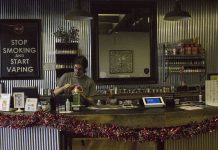 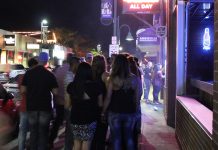