On Tuesday evening CNN hosted a 90-minute debate between Sen. Ted Cruz (R-Texas) and Sen. Bernie Sanders (I-Vt.) about the future of the Affordable Care Act (ACA), otherwise known as ObamaCare. It was rather refreshing to watch a civilized debate about a serious topic in the midst of all the chaotic current events.

As the debate went on, I began to realize there was an underlying argument between the two; they were having an argument about socialism versus capitalism. Sanders argued that healthcare “is a basic human right” and it is the government’s job to provide that right, while Cruz argued that the government should stay out of healthcare and let the free market dictate the prices and services for which people pay and receive.

Throughout the debate Cruz presented cases of downfalls in a single payer system, citing incidents of someone not receiving care quickly enough or people moving from Canada to the U.S. in order to receive quick and superior healthcare.

On the flip side, Sanders warned that if Cruz and his fellow Republicans repealed the ACA and let the free market work without regulations, people will die. “If you are one of 20 million Americans who now has health insurance, forget about it, you’re gone,” Sanders said.

The best moment of the debate was when Sens. Cruz and Sanders both agreed that private insurance companies should not be making obscene profits off sick people.

Sanders agreed, saying “The function of insurance companies is not to provide quality healthcare to all people, it’s to make money as they possibly can. Ted, let’s work together on a Medicare for all, single-payer healthcare system,” which drew laughs from the crowd and Cruz.

Sanders and Cruz could not be further apart on their positions regarding the issue of the government’s role in healthcare, which is what made the debate interesting and actually constructive.

At one moment in the debate, a compromise between the two very different opinions became clear: provide a public option. When Sanders was speaking about how to transition into a single payer system, one of the first steps he outlined was to allow people to buy in to Medicare, that is, provide people a “public option.”

Medicare Interactive says that “Medicare is a federal government program that provides health insurance if you are 65 or older.” The public option “would create a federal health care plan…for persons under age 65. Individuals and small businesses would be able to buy such a plan just as they would purchase a health care plan from a private insurance company.”

This compromise between the two extremes presented by the senators should be an obvious and simple solution. It will extend insurance to nearly everyone in the country while also providing more competition in the marketplace. 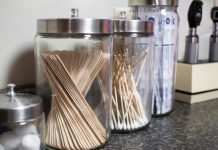 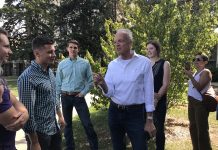