Women looking to buy themselves a date with a freshman or sophomore fraternity member from Kansas State’s Alpha Zeta chapter of Alpha Gamma Rho filled the backyard and porch of the fraternity on Friday during their annual Sell-A-Fella philanthropy event.

At the event, women sign up to receive a bidding number and frantically call out bids as the men of AGR show themselves off to the potential buyers.

Bidders held their bidding cards high in the air for the chance to have a man of Alpha Gamma Rho take them out for a date or event of their choosing.

Wyatt Schumann, the auctioneer and an Alpha Gamma Rho alum, took bids from his assistants as he auctioned from the porch.

“The guy’s get the chance to pick their own walk-up song, and then they jump on the trailer to get bids,” Schumann said. “It’s always great to see the different ways the guys try to sell themselves to the ladies. I’ve been auctioning Sell-A-Fella every (year) since I was a freshman in college. Being up in the block during the sale, you’re able to see the energy that everybody has. The crowd gets into, and the guys get into it, and it makes it a really cool time.”

Mandi Michaelis, junior in agriculture education, was one of the women looking to buy herself a date.

“I thought the event was awesome,” Michaelis said. “There is a lot going on during the auction, but I was able to buy Colby (Baker), so he is going to take us girls out for a Valentine’s Day dinner.”

Bidding for a cause

Josh Roe, Alpha Zeta adviser, said the event has consistently raised over $5,000 for the Great Strides Cystic Foundation since the philanthropy’s inception. The event originated to honor their late brother, David Sewell, who died in 2009 from complications of cystic fibrosis.

“The whole idea of Sell-A-Fella started after David passed in 2009,” Roe said. “David had gone back to school to earn a degree in education so he could teach and during that time became an AGR adviser.”

“After he passed, the guys in the house were really motivated to help earn money to battle cystic fibrosis, but I think it’s cool that even now that no one in the house has ever met David that they continue to do great things with this event in his honor,” Roe continued. “There aren’t many philanthropies where the guys in the house make this large of a contribution to the event itself. It really shows the commitment these guys have to the house and to each other.”

Bassette said she was happy to see everyone at the event supporting cystic fibrosis.

“I can’t thank you all enough for supporting a cause that is close to my heart and effects so many others,” Bassette said. 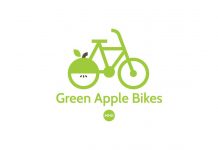 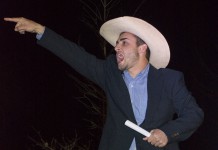 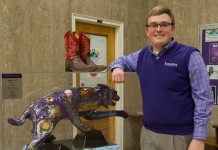 Opinion: Having cystic fibrosis is like going through college on ‘challenge’...