Celebrities and professional athletes have spoken out or taken action in order to draw attention to specific issues like climate change, civil rights, voting rights and many more. It is safe to assume that their priority in doing so is to increase public awareness and involvement in regard to the issues.

But are they actually achieving that goal, or are they just stirring up more trouble?

In most circumstances, those on the left will throw their support behind these politically-active celebrities and athletes, praising them for their progressive values, while animosity toward those individuals grows on the right.

The issue I see with celebrities and athletes using their platform for political purposes is that rural America, which is overwhelmingly conservative, feels like their wants and needs are being ignored by the “coastal liberal elite.”

It’s rather hard to ignore this, as they make a valid point. How is a celebrity who is making tens of millions of dollars a year and rarely ever travels through rural America going to understand anything about the culture or people? Do they even care what rural America wants?

In my personal opinion, I believe that most, if not all of the celebrities and professional athletes who give speeches or take actions to draw attention to an issue, whether it’s political or not, are doing it out of love and concern for the people in this country.

Also, let’s not forget that the First Amendment gives everyone the right to free speech, so to say that a certain group of people cannot assert those rights because of their platform in society seems quite erroneous.

Nonetheless, I would like to know what others think about the issue of celebrities and professional athletes using their platforms to address societal and political issues in America. Does it seem appropriate for them to do so, or should they just stick to doing their jobs and keep their political opinions to themselves? Send in your thoughts to the Collegian. 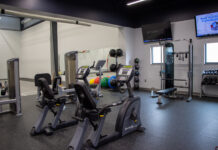 Q&A: Representative Carlin discusses being a Democrat in Kansas, importance of...