With a high of 75 F on Saturday afternoon, about 15 people visited Tuttle Creek State Park for the first of three “Tuttle Treks,” a guided hike during the state park’s “offseason.” The Tuttle Trek was designed to get people exploring what the state park has to offer.

Both Staver and Swanson are AmeriCorps team members who help out at the park by leading tours, performing park clean up and maintenance and offering disaster relief.

“We led this tour in hopes of getting people outside and exploring park trails that a lot of people don’t know about,” Swanson said.

“I really enjoyed getting to know Tuttle Creek State Park,” Bartels said. “Before today, I didn’t know about the hiking trails.”

Bartels not only reached 10,000 steps on her FitBit, she also said the fresh air was much appreciated.

“The weather made it impossible to stay inside,” Bartels said. “I was glad to have an excuse to hike. It was a great activity for Saturday morning, not too difficult and a nice way to get some exercise and fresh air.”

“After living in places like Oregon and California, I found the scenery to be quite different,” Kaaekuahiwi said. “I felt like the area was more open and there were definitely a lot less trees than I am used to, but some of the rock formations along the water were pretty cool. The hike was a refreshing experience.”

Staver said she was excited to see people mingling and enjoying the trails throughout the duration of the two-mile hike and hopes they will come back more frequently.

“I think a lot of people are kind of afraid to come out here and explore on their own, so I hope this gave them a chance to see some of what we have to offer while on a guided hike,” Staver said. “We want people to be able to enjoy the outdoors here.” 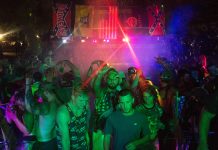 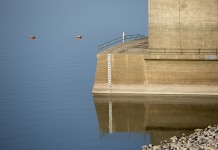 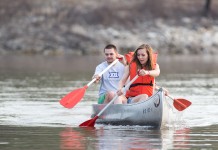