The Kansas State men’s basketball team has lost nine of their last 13 games, including most recently a loss to Oklahoma State Wednesday night in Bramlage Coliseum. The Wildcats will look to reverse their current losing trend Saturday in Norman, Oklahoma, when the Wildcats take on the Oklahoma Sooners.

The Wildcats came out of the gate ready to play Wednesday night against the Cowboys. K-State played with an energy and intensity in the first 15 minutes that had been non-existent in recent games.

After three straight 3-pointers from three different players, K-State pulled ahead by 14 points. Things were all downhill from there for the Wildcats.

Oklahoma State went on a big run to pull close at halftime, and the second half was all Cowboys. Oklahoma State slowly pulled away to finish off the game 80-68.

“It was disappointing,” head coach Bruce Weber said. “I thought our guys were ready to play. I thought they would play well and they did. But, when it got to that gut-check time, we did not make the right plays.”

It was the fourth straight loss at home for the Wildcats, who have hit a wall in the month of February. K-State has won two games in the month, one being an upset over Baylor that seems years ago, the other being a last-second victory over a struggling ninth place Texas team.

On the surface, it looks like the Wildcats should have a good shot at getting a victory Saturday. Oklahoma (9-18, 3-12 Big 12) has struggled this season, to put it lightly.

The Sooners have lost nine of their last 10 games and have struggled immensely after senior leader Jordan Woodard went down with a season-ending injury. The guard tore his ACL in a loss to Iowa State on Feb. 11. The Sooners have done well to manage without him so far, but their youth is evident without Woodard.

He also happened to be sidelined by injury the first time these teams met in early January. K-State pulled ahead early in that game and coasted to the finish line in the 75-64 win.

No matter the circumstances surrounding the rematch Saturday, Weber said the Wildcats need to stay focused.

“We have a game Saturday, and that is all we can worry about,” Weber said. “They are very talented. They just pushed these guys at Stillwater until the very end. They seem to play with everybody. We just have to be a little more sound and be a little better defensively protecting the paint. We will see if we can get a win, and that is all we can do.”

The game is critical for K-State if they want to make the NCAA tournament. The Wildcats have hurt themselves big time with so many losses. The Wildcats will now likely have to finish off their schedule unscathed and win a game or two in the Big 12 tournament; a loss Saturday would likely all but end any chance of making the big dance.

The Wildcats and Sooners are set to tip off at 5 p.m. Saturday in the Lloyd Noble Center. The game can be seen on ESPNU. 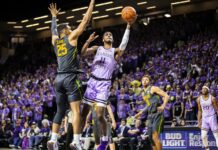 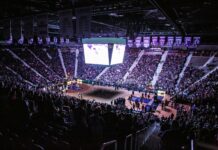