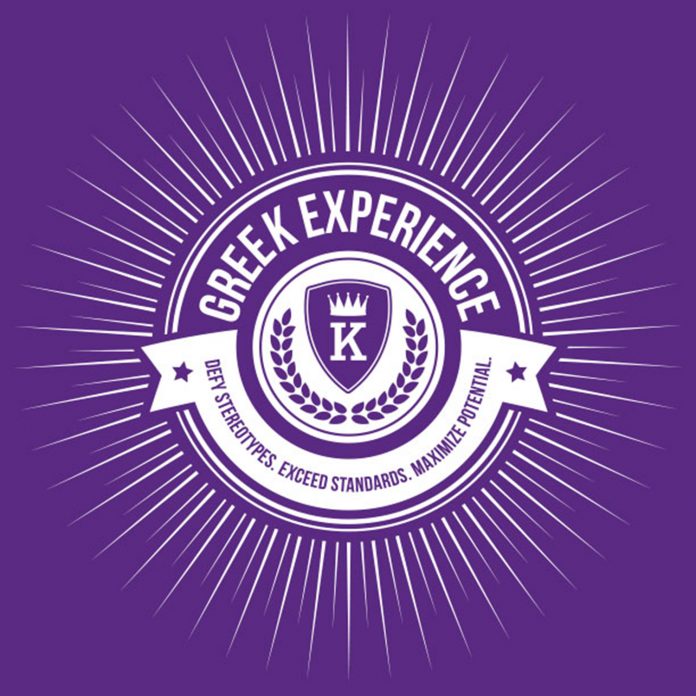 If Kansas State, along with universities nationwide, and the greek community are truly concerned about reducing the number of sexual assaults on college campuses, then a great way to do so would be allowing sororities to have alcohol in the houses, just as some fraternities can.

I know it may seem like a ridiculous way to reduce sexual assaults at universities, but just take a few minutes to read this and think about it.

Allow me to start by saying that I don’t believe this plan of letting sororities host parties will make all college sexual assaults disappear. We desperately need to be educating people on our campuses of proper sexual conduct, to take “no” as a literal no, and to openly discuss the psychological, social and physical effects sexual assault can have on someone, their family and the community.

Now, if you have ever asked why sororities can’t host parties, you have probably heard that it’s because having alcohol in a house in which multiple women live is considered a brothel. It’s not true. It’s a silly myth that people continue to tell. The real reason is because keeping sororities dry means the houses are cheaper to insure.

To see if this belief was the the case on our campus, I asked the president of the Panhellenic Council for K-State, Laura Herter, senior in education, in an email interview about K-State’s panhellenic requirements and who determines the policies that sororities follow.

“The simple answer is the decision to not allow alcohol/parties in the women’s chapter facility is decided by the individual organization headquarters,” Herter said. “On our campus, the sororities are a part of (National Panhellenic Council). NPC states that the best practice for alcohol policy is to hold the members to the standards created by the chapter headquarters along with risk management education.

“Each chapter on our campus follows the rules establish by their organizations, keeping them consistent with their values and fellow members across the nation … Yes, there is a large incentive to remain alcohol-free because of lower premiums, but also because the house itself stays cleaner (and) newer longer.”

So this begs the question, are sororities, whether knowingly or unknowingly, putting a price on the prevention of sexual assault?

In my opinion, this means sororities have a moral obligation to do all they can to protect the women who live in their houses from sexual assault.

On the flip side, there are several studies documenting the difference between men who join fraternities in college and those who don’t. Many of these studies find that the men who join a fraternity and are submersed in the culture are three times more likely to commit sexual assault.

Before anyone jumps to the defensive, as I predict some will, fraternity culture is extremely important in this discussion because of the fact that sororities can’t host parties.

Fraternities thereby are the go-to for parties, especially for sororities since they’re all part of the same community. The kind of large-scale parties that frequent among fraternities, which are so well known that Hollywood has made movies about them, that provide an environment in which sexual assault becomes easier.

Extensive amounts of alcohol and/or drugs mixed into a culture where the main objective for men at parties is to “score” is begging for something to go wrong.

I asked Herter if she believed allowing alcohol in the sororities would reduce sexual assault on campus. Herter said she cannot speak on behalf of the Panhellenic Council, but in her personal opinion:

“Sexual violence can happen anywhere from residence halls to off-campus apartments. Seeing as the problem is not only relevant to fraternity housing, I don’t think creating another location in the community for this behavior to take place is the best solution.”

Additionally, she said that a fair portion of women in the houses are underage and the “support system created within our organizations often give men and women the confidence to speak up.”

“At the end of the day, I think focusing on education and prevention campus-wide will lead us in a more productive direction and in turn will benefit the entire K-State family,” Herter said.

Now I do agree with a few of her points, that yes, sexual assault can happen anywhere and yes, focusing on education and prevention is the best option. But let’s be honest, some residents in the dorms are over 21 and have alcohol in their rooms, as do some residents who are underage. How about we treat these women as equals and not as children?

Allowing sororities to have alcohol in the sorority houses is not just “creating another location in the community for this behavior to take place,” it’s creating a safer environment for women and men to party and have a good time. The environment in a sorority is drastically different from the atmosphere of a frat party, where there are considerably more men all trying to “score.”

This is not a condemnation of the men and women in our fraternities and sororities. However, I am condemning the institutions which stand by and do nothing to stop a growing problem on our campus and others nationwide.

Introspection on oneself or one’s culture might be painful, but it’s how one grows and changes for the better. Again, this is not a cure-all plan, but it is a great start to create safer environments on campuses, for women specifically but even men as well, to party and have a good time.

Another round of furloughs announced for the summer months