Nice weather means more time out and about, especially at the Konza Prairie, a popular biological station that features a hiking trail on the outskirts of Manhattan. With the warmer March weather, people will spend more time outside of their home.

Last year, rules were broken at the prairie, said John Briggs, professor of biology at Kansas State and director of the Konza Prairie Biological Station.

One of the rules at the Konza is that no dogs are allowed.

“The main problems we had were a large number of individuals that were bringing their dogs out to Konza Prairie, which is very strictly prohibited,” Briggs said.

Briggs said he is a dog lover and continually wishes he could bring his dog out to the Konza with him.

An additional complication is there are limited facilities at the Konza that have a place to throw away trash, Briggs said, which can create a littering problem. He said many people brought their trash out to the Konza and weren’t responsible about cleaning it up.

Other issues that arose were individuals not staying on the clearly-marked gravel nature trails. There are multiple signs that say to stay on the trails, and many hikers were wandering off those trails.

“Konza Prairie is a research area, and if people wander off the trail, they might interfere with the research that’s going on and actually disrupt and mess up an experiment,” Briggs said.

Another issue Briggs saw last year was people wandering off into Kings Creek, which is also a research experiment at the Konza.

“By playing and going into that stream, they can also disrupt some measurements,” Briggs said.

Although people weren’t respecting the rules last year, Briggs said he has seen a positive change with the residents of Manhattan taking better care of the prairie and it’s trails.

Briggs said there are still a few people who are not obeying the rules, and he has received notifications he was not wanting to hear.

“I received a few notifications that there were some dogs still on the trail, and we had one instance where someone was actually smoking on the trail which seems kind of trivial,” Briggs said. “Remember, it is a grassland site and you know we could get a fire in there that again impacts the research. And then we again had some people off the trail. It’s not quite as bad but we have taken some steps since last year, and I think that helped a little bit.”

Only two staff members work at the Konza, and they are not on site full-time on the weekends. Briggs’ phone number is on their website for visitors to call him with any concerns and about what is happening on the trail.

Briggs’ team is taking precautions to keep the Konza a happy and safe place for everyone to enjoy. To help out, volunteers have gone out to the trails and kept him updated about what is happening. The area is also patrolled by the K-State Police Department.

Rules are rules and they are clearly posted and are simple to follow, Briggs said.

“Again, we are only talking about 5-10 percent of the people who are doing that, but it only takes a couple to do that,” Briggs said. “The biggest thing people have to realize that this is private land.”

Residents of Manhattan often don’t know who owns the prairie, but it is private land and is owned by the Nature Conservancy.

Briggs has the power to shut down the research projects any time he chooses.

“That’s the last thing I want to do, I want to keep it open because I think people can go out there and experience the prairie and hopefully learn a little bit more about our research program we have out there,” Briggs said. “The bottom line is people can go on the webpage and see the rules. We have them clearly posted out at the site, and there’s a big sign that says ‘No Dogs’ right at the beginning.”

Briggs said he is afraid to predict the future of the Konza, but he is taking new actions so that it will stay open to the public. He said he hopes to put up more signs, and there’s a possibility of monitoring cameras that will be put up around the trails to get a better handle on what is happening.

“We’re doing our best to keep it open, but being our very last resort if we had to close it, but it really depends on how people treat it,” Briggs said. “It is a privilege to walk out there. It’s nobody’s right, and we will leave it open as long as we can.”

Jill Haukos, director of education of the Konza Environmental Education Program, said her knowledge and understanding of the Konza is helping the general public gain a broader knowledge of more than just the pretty scenery.

Haukos is in charge of the educational program and said the program has a distinct mission.

“The mission of our program is to bring area school children to tallgrass prairie to learn about this amazing endangered ecosystem and to develop both an appreciation and a sense of pride about this area,” Huakos said.

Haukos said she hopes to “instill a sense of pride” for the Flint Hills.

“The research station is located here because it is in the highly-endangered tallgrass prairie and is near the university,” Haukos said. “It is an amazing site where ecologists from all over the world can visit and learn how this type of prairie responds to environmental changes. We all feel that the public benefits from having access to a pristine tallgrass prairie where they could learn more about its ecology and learn to appreciate the amazing beauty of the area.”

She said she wants to educate the public on the complex system of the prairie and hopes the public sees more than just the hills of the tallgrass prairie.

“It is a privilege for the public to have access to the nature trail at Konza Prairie,” Haukos said. “We don’t have to have this area open at all, but we can see the benefits from the community appreciating the prairie. Simply, when people visit, they should be aware of the site rules and respect them. If we see the trail being harmed or disrespected by the visitors, we will be forced to make hard decisions. What we’re trying to do is ask the public to not force our hand on this.”

Haukos said she hopes the public will take a stand for the nature trails and enforce the rules if they see others breaking them.

“Knowledge is power,” Haukos said. “It’s private, it’s a privilege, it’s a nature preserve, research is important, be respectful or you’ll lose it.”

For students who sometimes need a break away from the stresses of college life, the Konza is a perfect place to go, said Kealey Dwyer, sophomore in animal sciences and industry.

“It’s a place where you can go get away from stress, from school and just relax,” Dwyer said. “It’s one of those things that Manhattan is known for, and it would be a shame to see that taken away.”

Kids will be kids, Dwyer said, breaking rules from time to time, but breaking the rules of privately-owned ground and ruining the beauty of the Konza is saddening to her.

“In some ways it makes me mad, because in doing this they have the potential to take something away from others that have done nothing wrong,” Dwyer said. 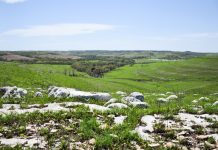 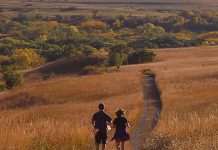 OPINION: Don’t be selfish, follow the rules at Konza Prairie 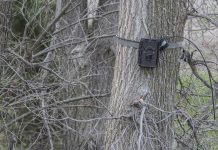