“A total loss” of the building at 700 North Manhattan Ave., formerly home to The Dusty Bookshelf, has been ruled an accidental fire due to “self-heating of floor-finishing materials,” according to a release by the City of Manhattan at 5:08 p.m.

The investigation was led by fire investigators from the Manhattan Fire Department and the Kansas Office of the State Fire Marshal with assistance from the Bureau of Alcohol, Tobacco, Firearms and Explosives.

The early-morning fire that was reported at 3:45 a.m. caused an estimated $673,000 in damages to the structure and inside contents.

The smoke from the fire also damaged the building’s neighbors, Varsity Donuts and Thread. The damage estimate for Varsity Donuts is about $85,000 for both the structure and contents and about $64,000 for Thread.

An estimated $822,000 in total damages is estimated for all three buildings, according to the release. 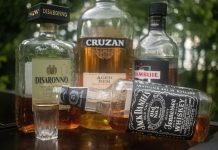 Boomers and booze: What drinking culture was like when your parents were in college