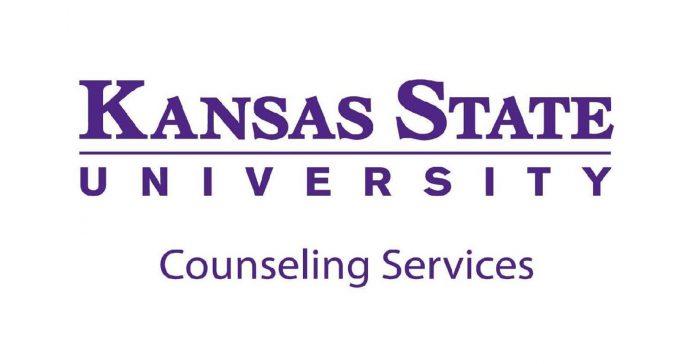 Dorinda Lambert, director of Counseling Services, said although the move has been discussed for over a decade, the groundwork was set last year for the move to take place in the near future.

“This has been in process since at least spring of 2016, last fiscal year, when it became clear that they were likely doing this,” Lambert said. “It’s pretty clear that we’re moving, but we’re unsure as to the exact timing of it. We’re told that we will probably be moving over the semester break in January of 2018, but that may have to be pushed back because of the extended lease for Via Christi (Hospital). Of course, we can’t move on a dime, and it’s not good to move in the middle of a semester, but if remodeling can be done, we could move in over that break.”

Lambert said the move has been planned for some time, after former university president Jon Wefald promised the English department they would have a building of their own. Originally, the university’s health and counseling services were located in the same building, but after the health services moved to their current location at Lafene Health Center, the English department moved into the bottom floor of the current English and Counseling Services building.

“The English department has always been wanting to have some space, and they were scattered around campus,” Lambert said.”President Wefald promised them, and we’ve been up here for about 20 years. His promise was that when we moved, the English department would get the building.”

Karin Westman, associate professor of English and department head, said the department has been “looking forward to that opportunity to bring all of the (English) faculty into one building.”

“Since President Wefald and until today, we’ve been located in three different buildings,” Westman said. “They’re mostly in (English and Counseling Services), but we have faculty who have offices in Eisenhower and others who have offices in Leasure.”

“Large organizations take a long time to make changes,” Lambert said. “Anything on campus takes time for a lot of different offices and a lot of different building needs and funding needs. There wasn’t any other place to move us, and we didn’t want to move.”

Lambert said a university committee in charge of managing building usage has tried to balance the various needs of departments across the university.

“Committees can sometimes take a long time in figuring out who goes where,” Lambert said. “Nothing ever goes really fast when it comes to multiple offices having their needs identified and having spaces ready for changes. Considering the changes in presidents and making decisions about what promises still hold true, K-State is pretty good about keeping those promises.”

Lambert said although Counseling Services will work toward a smooth transition between buildings, it has enjoyed a central location on campus.

Counseling Services gives back to students through donation shelf

“We like being in the central part of campus with student access,” Lambert said. “We did not initiate this process. It’s not like Counseling Services is saying, ‘We want to step in front of everyone else who’s in line looking for building space and we want to have this space.’ We’d actually be more than happy to stay where we’re at. That’s kind of the politics around us moving to that location.”

Lambert said by being in the same building as the student health center, Counseling Services had the potential for better coordination in providing services.

“By having the health center and having Counseling Services more closely located, we could offer more services,” Lambert said. “We used to be in the same building, separate offices, but same building. It made it a little bit easier for some coordination.”

“The space here on the second floor (of English and Counseling Services) does not provide as much privacy for those services as they might have in the other facility, and they will probably have better additional space and resources too,” Westman said.

At the same time, moving from the English and Counseling Services building means losing an extremely accessible and convenient location at the heart of campus, Lambert said.

“One of the advantages we have being in the center of this part of campus is that students can come in between classes, and they don’t have to travel too far to get here,” Lambert said. “Being on the edge of campus, even though I know campus is moving and growing, it’s going to be a bit harder for students or for other offices to help a student find us or see us or walk over if they’re concerned or trying to be helpful to a student.”

Lambert said she hopes the new location will offer parking next to the building.

Lambert said although there has not been much student input into the move, she hopes students will “try to influence the bus scheduling system.”

“This is perhaps where students can have the most say,” Lambert said. “Students can press and make sure, however they’re planning the bus routes, that there are stops on that side of campus.”

Brianna Leonard, sophomore in biochemistry, said Counseling Service’s current location is more convenient than if it was located at Lafene.

“It doesn’t really affect me, because I’ve never been to Counseling Services, but I feel like it being closer, more centralized on campus, is better than being at Lafene,” Leonard said. “I feel like less people will probably go. I know I don’t like going to Lafene. I just don’t like doctors.”

“I feel like it’s a good spot in the English building, so I don’t know how well it’d work in Lafene Health Center,” Barry said.

Lambert said Counseling Services has not advertised the move because it was only recently made certain.

“We didn’t feel as a counseling center that we could promote the move a lot because it was still up in the air as far as we were concerned,” Lambert said. “We’re going to have to up our game in terms of visibility and accessibility once there is that move, but I think it’ll work out well. We’ll make it work out well.” 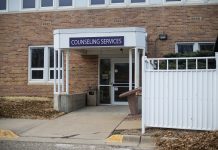 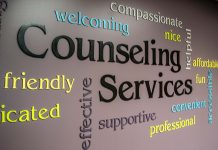