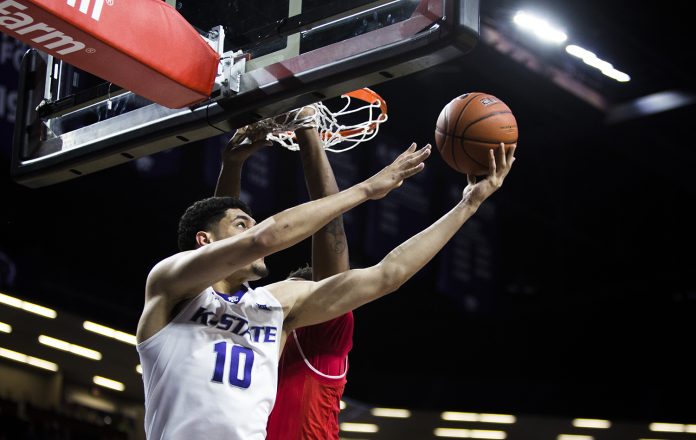 The much anticipated Big 12 tournament kicks off Wednesday. The action begins at 7 p.m. Starting with the No. 8 seed Texas Christian University against No. 9 Oklahoma. The winner of this game will face off against the No. 1 seed Kansas, the time of which has yet to be announced. Following the first game, No. 7 Texas Tech squares off against No. 10 Texas at 9 p.m. They will move on to face the No. 2 West Virginia Mountaineers.

Baylor is cruising into the Big 12 tournament on a two-game win streak. One of those games knocked off the No. 2 seed of the tournament West Virginia. The Bears rely heavily on their junior forward, Johnathan Motley. Motley is averaging a double-double this season, draining 17.5 points and bringing down 10 boards per game. The Wildcats will need to find a way to slow down the big man if they want to see the next round.

K-State is also coming off a two-game win streak, squeezing by TCU and pounding Texas Tech. K-State’s starters have no problems scoring, with four of the five starters scoring double digit points per game and the fifth, Dean Wade, averaging 9.7. If the Wildcats want to see the next round, they will have to see more production off the bench then they have seen all season long.

Tune in at 8 p.m. on Thursday at ESPNU to catch the action.

This game very well could be a taste of what fans will see in this year’s Western Conference Finals.

The Warriors have encountered some struggles since their All-Star forward, Kevin Durant, suffered a Grade 2 sprained MCL on his left knee, benching him for at least a month. Golden State has gone 7-3 in their last ten games. While it doesn’t sound too shabby, they have not looked like the team everyone thinks of them to be. They snapped a two-game losing streak, the only losing streak of the season, on Sunday against the Knicks.

On the flip side, the Spurs have been on an absolute tear, winning nine of their last 10 games and seven in a row. It is plain and simple, Kawhi Leonard is playing out of his mind thus far this season, cashing in over 26 points and shows no signs of slowing down, not to mention the help he gets from the two big men in the middle for the Spurs, in LaMarcus Aldridge and Pau Gasol.

What to Watch: Two top 25 matchups