Students at Wichita State University held a sit-in at President John Bardo’s office Tuesday to protest what they called a lack of transparency on the university administration’s part and in support of better representation for marginalized student groups, according to the Sunflower. Bardo was not on-campus during the protest, and a spokesperson for Bardo said he likely would not be available until after spring break.

President Donald Trump revealed he paid $38 million in federal taxes on $150 million of income in 2005, the New York Times reported Tuesday. After repeated calls for Trump to release taxes, the White House disclosed Trump’s 2005 forms after MSNBC obtained and prepared to release copies of the forms. 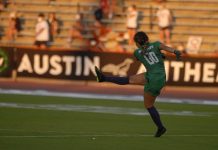