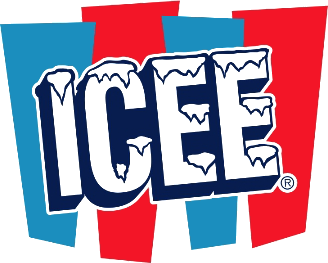 “Come here, have a look at this,” said Brad Streeter, owner of Vista Drive In, gesturing to a picture on the wall.

The picture, depicting three men in front of a mobile food truck, is a link to the creation of the ICEE and, subsequently, the Vista Drive In.

Two of the men pictured in front of the distributor truck are Omar Knedlik, creator of the ICEE — the first frozen carbonated beverage, and Knedlik’s brother-in-law Charles Streeter, founder of Vista Drive In and Brad Streeter’s father.

“That’s really why we’re in the food business,” Streeter said, referring to ICEEs.

Knedlik was a World War II veteran who had a talent for inventing. His most lucrative idea came from owning and operating a Dairy Queen in Coffeyville, Kansas.

Knedlik had stumbled upon a hit. Kids loved the product. Knedlik took an old ice cream machine and figured out a way to add pressure to different chilled sodas, and the ICEE machine was created. The original machines had two flavors: cola and lemon-lime.

“If you mixed the two, it was called a Killer-Diller,” Streeter said.

In the late 1950s, Knedlik’s son-in-law Charles began selling his ICEE machines throughout Kansas and Nebraska and bought a trailer to distribute ICEEs from. ICEEs really took off after the frozen treat was picked up by 7-Eleven convenience stores.

Streeter and his father Charles then began selling concessions at the Manhattan city pool.

“We sold ICEEs for 10 cents, hot dogs for a quarter, bubble gum for a penny, and on a good weekend day we could do $1,000 to $1,500 in sales,” Streeter said. “We’d take that trailer and start going around to fairs to sell ICEEs, and that’s how I put myself through college, selling ICEEs and corndogs. I was probably eight years old, we were at the Topeka State Fair, and I sat there and took orders and made change for 12 straight hours. We had a line the whole time.”

A student from California, Mary Marsh, freshman in agricultural communications and journalism, had never heard the ICEE was created in Kansas.

“They were always a treat as a little kid,” Marsh said. “I had no idea. It’s another reason to like Kansas.”

In addition to his ICEE machine, Knedlik also invented a machine that cuts a lime and squeezes it simultaneously, making the limeade-making process more efficient.

Knedlik also created a device that pumps ice cream mix from the walk-in freezer directly to the machine. Knedlik also added pressure and air, making the ice cream lighter and better tasting. He then sold his design to Dairy Queens throughout America.

Upon realizing that he could make more money selling the product rather than just the machine, Charles Streeter in 1964 opened Vista Drive In.

Vista Drive In has been owned and operated by the same family for 53 years and is one of the oldest businesses in Manhattan. Now owned by Brad and Karen Streeter, Vista Drive In has continued to grow. In addition to the diner, the business still sells concessions at food trucks on campus, as well as Manhattan’s city pools, fairs and events. 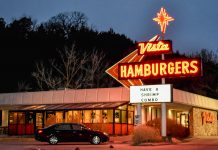 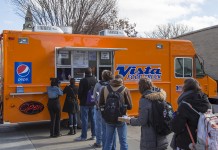