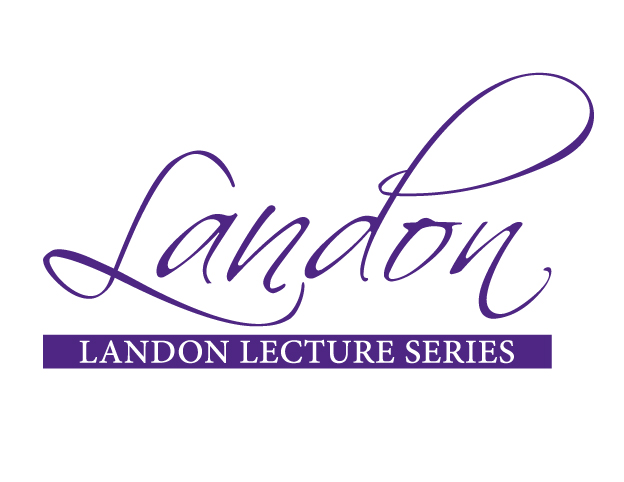 Last semester, I got a text from my dad. He’d learned about Temple Grandin’s visit to Kansas State, and as we are both interested in agriculture-related topics and speakers, he suggested I go. However, I couldn’t attend in person because her lecture — organized through the Landon Lecture Series on Public Issues — was held at 10:30 a.m. on a Thursday. I would’ve had to skip class to go, so I didn’t.

The same issue popped up yesterday when Martin Baron, executive editor of the Washington Post, spoke for the Landon Lecture Series at the typical time of 10:30 a.m. This was frustrating to hear; I’d love to learn more about the journalism world through an experienced professional, and a few of my Collegian colleagues were attending, but my 9:30-11:20 a.m. biology studio prevented me from going.

The coordinators for the Landon Lecture Series should move the lectures to late afternoon or evening on a weekday. For many students, professors and citizens of Manhattan, class and work prevents them from going to events at 10:30 in the morning. If these lectures were held at a more accessible time, more people would be able to attend.

I noticed this at the two Lou Douglas Lectures I attended last semester. UFM Community Learning Center hosted both of these speakers in the K-State Student Union ballroom on a weekday evening, and almost every chair set up was filled for both events.

Several on-campus clubs and organizations hold meetings and events around 7 p.m. on weeknights for a reason: many people do not have class conflicts at that time.

Video and text transcripts of each Landon Lecture speaker can be found on the series’ website, which is helpful, but if a student cannot attend in-person, they miss the opportunity to ask questions and network with others at the event. That is the aspect I was most upset about missing.

Plus, the Landon Lecture Series exposes the K-State community to these insightful, well-renowned leaders of their respective fields. A chance to see someone you admire, even if they aren’t working in the career sector you want to be in, is an incredible experience.

On April 13, 2016, I had the opportunity to hear former astronauts Jim Lovell and Fred Haise and former flight commander Gene Krantz speak about the Apollo 13 mission at Fort Hays State University. The sponsor of the event was FHSU’s Sebelius Lecture Series.

The lecture sparked my interest because I had read the book Lovell co-authored with Jeffrey Kluger, editor-at-large for TIME Magazine, detailing that failure-turned-success of a mission. Plus, I’m a huge space nerd. It meant everything to me to go and learn from these historic men, especially knowing that they may not be around for too much longer. (Lovell himself is 89.)

What time was that lecture at FHSU held? 7:30 p.m. If it had been held earlier in the day, it was unlikely that my parents and I could have attended because of work and school.

To increase the attendance and impact of K-State’s Landon Lecture Series, the Office of the President should consider moving the time of the lectures from 10:30 a.m. to the evening. These speakers are invited to our campus for a reason. Why not make their influence and knowledge more accessible to the K-State student body and other Manhattanites?

Dene Dryden is a freshman in English. The views and opinions expressed in this column are those of the author and do not necessarily reflect the official policy or position of the Collegian. Please send comments to opinion@kstatecollegian.com. 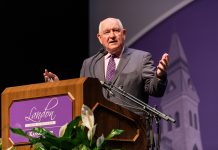