I’m a firm believer that knowledge cannot hurt you. Many subjects in our society are historically taboo, and one of those taboo topics is sex. As a result, many students do not receive a proper education on sexuality, relationships or even basic reproductive anatomy.

If it had not have been for Laci Green and my Introduction to Gender, Women and Sexuality Studies class at Kansas State, I would not know anything about my reproductive organs and I would also statistically be more at risk to contract a sexually transmitted infection or become pregnant.

Currently, only 24 states plus the District of Columbia require public schools to teach sexual education, while only 20 of those states require that the information about STIs and sexual processes given to the students be medically accurate.

Many of the states without specific legislation dealing with sex education often fall back on abstinence-only education or none at all. Kansas currently has no state legislation concerning sexual education.

Our society suffers from a lack of sex education. First off, sex education starts too late for many teens. A report by the Centers for Disease Control and Prevention showed in a survey of teenage girls aged 15-17 that the participants who had become sexually active did so before receiving any formal sex education in school.

The CDC also states that today’s teen pregnancy rate is the lowest it has ever been with 249,078 babies born to young women aged 15-19 in 2014; however, “the U.S. teen pregnancy rate is substantially higher than in other western industrialized nations, and racial/ethnic and geographic disparities in teen birth rates persist.”

Higher rates of STI transmission are also a result of less sex education. The American Sexual Health Association reports that each year one out of four teens contracts an STI, plus half of all new sexual infection diagnoses come from people aged 15-24.

Some of these STIs, like HIV, are expensive to undergo treatment and can be deadly if left untreated. Others, like curable bacterial infections such as chlamydia, can be just as costly in some circumstances. I bring this up because the ASHA reports that in 2010, STIs cost Americans a cumulative $15.6 billion and this could largely be avoided by simply investing more in sex education.

The lack of sex education goes beyond pregnancy and STIs. It also results in a disconnect between ourselves and our bodies.

BuzzFeed’s series on reproductive anatomy such as “Men React to Pregnancy Facts” and “This is What Happens When You Ask Men and Women To Explain The Penis” shows that a lot of adults are confused about how male and female reproductive organs operate and lack knowledge of the proper medical terminology to explain those processes.

Now, this lack of sex education in the U.S. is not a universal experience for all Americans. For students in schools that had comprehensive sex ed — meaning students get information on condoms and contraception that aren’t based around an abstinence-leaning rhetoric — most programs saw positive results. In a 2007 study, students in 48 comprehensive sex ed programs increased their rate of condom usage by 60 percent. Plus, a larger percentage of students reported having less sex or opted not to at all compared to students not in those programs.

Compare this to abstinence-only sex ed programs, which have not resulted in any overall positive changes of sexual behaviors in 13 states. ThinkProgess has also linked states with less sex education in schools with lower rates of contraceptive use.

“Virginity pledges” are sometimes implemented in abstinence-only programs. This tenant of sex education teaches students nothing about how to have a healthy sexual relationship if one chooses to be sexually active, something that would be important to teach since 88 percent of those virginity pledges are broken by the time students get married.

Some have told me that one reason sex education is not covered in high school is that the students will not take it seriously and sure, some high school students do act like juveniles; but it is critical to educate them about sexual health, birth control and consent. Even if only one student in the class benefited from sex education, it is worth it.

Also, if schools presented students with the basics of sexual education in middle school — just focusing on consent, how reproduction occurs and basic sexual anatomy — they would be more likely to take sex education in high school more seriously.

The three most important topics for sexual education include consent, how human reproduction occurs and how to prevent unintended pregnancies and STI transmission.

Better access to this knowledge at an earlier age is beneficial to young adults as it informs them about their body and their options concerning contraception and relationships. Again, knowledge will not hurt you, especially when we are talking about human sexuality, society’s “taboo” subject that humans are all fascinated with.

Dene Dryden is a freshman in English. The views and opinions expressed in this column are those of the author and do not necessarily reflect the official policy or position of the Collegian. Please send comments to opinion@kstatecollegian.com. 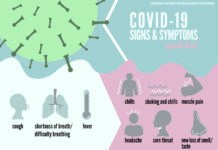 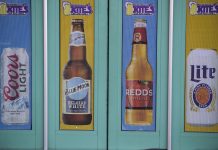 OPINION: Fifty Shades of Grey is anything but a ‘love’ story