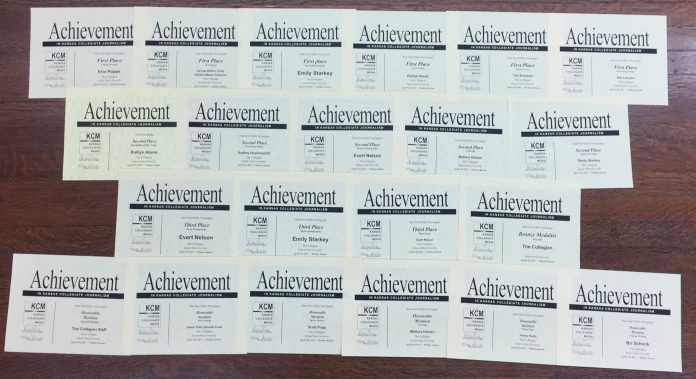 The Kansas State Collegian staff received 22 awards at the Kansas Collegiate Media Journalist Awards Conference on April 9-10. Links to our award-winning stories, photos and other work are below.

Sports feature writing: First place — For D.J. Reed, a “chip on the shoulder” is more than a cliche by Tim Everson; honorable mention — Newly appointed Wildcat captain ready to lead by example by Scott Popp

Column writing: First place — Calling it what it is: Rape by Erin Poppe; Honorable mention — An inside look from a newbie member of the K-State marching band by Bri Schrock

Front page design: First place — No Ban No Wall by Iris LoCoco; second place — On the Rocks by Audrey Hockersmith 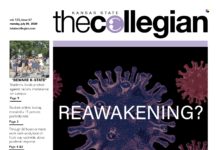 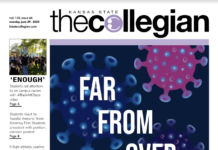