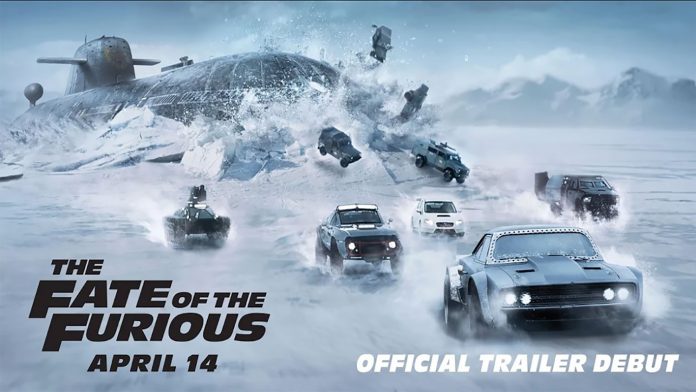 Let me start off this review by sharing that I am not a huge fan of the “Fast and Furious” series. I believe that the series has been stretched out longer than needed just because people continue to go see it. But praise to those producers; if you can make money from continually pumping out these movies, keep making them. I just feel that the series has gone on far longer than it should have.

All that being said, you can imagine my hesitancy to see the eighth movie of this series. I would not have even gone had my roommate not asked me to go with him. But man, am I glad I did.

I have always felt “Fast and Furious” has the same plot line every time. It is always the core group of the series chasing some bad guy, and (what seems like) over 50 percent of the movie is just cars flying around the screen, making it impossible to follow what is even happening at the time. That is how I have always felt about these movies.

This one, though, was different. Dominic Toretto (Vin Diesel) ends up working for the villain, Cipher (Charlize Theron), in this movie. We do not know this until later, but it is to save the life of his son he did not know he had. Eventually, as you can probably guess, Toretto comes back, and he has been working behind the scenes the entire time to help his team come out on top.

The reason I enjoyed them adding this twist was because it finally shook up that plot line. Rather than the same characters chasing a bad guy, we finally had some spice. Sure, we all knew Toretto was not actually bad, but we felt like it throughout the film.

Connection to the film

I am not stupid. I understand that everything in movies is scripted and none of it is real. The reason you like or dislike a character is because that is how they have scripted the character to be. But this movie ranks near the top in “real feel” to it.

In the first few minutes, I could already tell I could not stand the villain, which is remarkable. I knew that they were depicting her to be a bad person, but I have never wanted someone in a movie to lose as bad as her.

Also, I was never uninterested. In the final 10 minutes, I thought we still had another hour left. That is how attached I was to this film as it neared the end. I had no idea it was even about to end.

As I said, I am not huge on the “Fast and Furious” series, because they are just dragging along a series that could have been wrapped up long ago. Same for this film.

In the end, Cipher gets away, clearly setting up for a ninth movie that will ultimately lead into a tenth movie, and so on. In my opinion, they very easily could have killed her character and put a bow on the series right there.

Sure, they will make nine and 10 and people will pay to go see it. But for goodness sake, draw the line somewhere. Please. We do not need “Fast and Furious 20” to ever be a thing.

I entered this film thinking I would not like it, but I was blown away. It was worth every cent I paid (plus the seating in the new Manhattan theater is fantastic).

No, this did not change my opinion of the series as a whole, but it definitely has me interested to see what happens with No. 9.