The Wildcats ended the tournament with an 87-over par 1207, in the four rounds. Windy conditions contributed to a tough start during the first round Monday. K-State finished 34-over par and wound up in seventh place at the end of the d

“I have been doing this a long time and these were probably the toughest conditions I have seen for a tournament,” head coach Grant Robbins said to K-State Sports after the round. “With wind gusts up to 50 miles per hour, it was extremely difficult to have any control over the golf ball.”

The Wildcats’ second round was much better but a difficult third round put them in eighth place. Their steady final round allowed them to move back up one spot to take the seventh place finish.

Freshman Jacob Eklund was the Cats’ top individual finisher. Eklund was K-State’s most consistent golfer all week long, finishing with rounds of 77, 76, 70 and 75 to tie for 16th place at 18-over par.

Senior Matt Green finished just behind Eklund, finishing in a tie for 23rd place at 20-over par. Green had the best round of any Wildcat during the tournament; he shot a 67 in the second round Tuesday morning. It was the fourth lowest score to par by any Wildcat in the Big 12 Championship.

Sophomore Jeremy Gandon’s strong final round moved him up 11 spots to finish in a tie for 25th with a 21-over par.

The Wildcats will find out if they will play in the NCAA Regionals after the men’s golf selection show May 4. 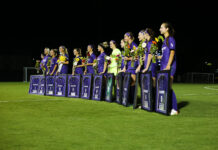 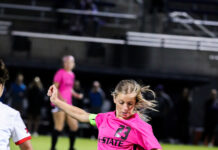 What to Watch: Big 12 Tournament in Kansas City