Students heard “America the Beautiful” ring across campus Friday morning in preparation for the inauguration of President Richard Myers, who is a Kansas State alum.

Myers demonstrated his pride for the university as he raised his hand in the air as the audience sang “Hail, Hail, Hail, Alma Mater” following the inauguration preceedings.

“I am indeed very honored to serve as the 14th president of Kansas State University,” Myers said during his address.

Myers was named interim president in April 2016, not expecting to continue as president.

“I really didn’t intend to pursue the permanent position,” Myers said. He said the “family” aspect of K-State helped change his mind.

“I think Jessica said it pretty well,” Mullin said. “(Myers’) ability to reach out and to have these pizza meetings he has with absolutely no knowledge of who the students are going to be. He just lets people sign up … I think that’s his style of communication — a very open style. He’s very welcoming. He’s had diverse groups at his house here at the university to discuss some very difficult situations. He welcomes them into his house to do that.”

“I think that is a style Kansas State feels very comfortable in,” Mullin continued. “It’s truly a family style.”

Mullin spoke of his perspective of Myers during the pursuit of a new K-State president.

“We just had a great opportunity to have an on-the-job interview that we didn’t have with any other candidates, where we could see his style, how he interacted with people and his vision,” Mullin said. “Obviously, his leadership skills are dynamic.”

Gov. Sam Brownback said an important role of the university president is to “build the brand,” and he is “delighted to have President Myers” at K-State.

Part of that branding as a land grant institution is accessible education. Myers was applauded during his inaugural address for his remarks on the topic.

“He said that very eloquently,” said Amit Chakrabarti, dean of the College of Arts and Sciences. “(Education) has to be connected to everyone in the state, and he understands that. He understands the financial challenges. He also understands if you want to create a student workforce that competes with the rest of the world, not just other Kansans. Quality (education) is a big factor.”

“What really sets our students apart is their ability to do research very early on with faculty and their ability to be a part of the instruction,” Chakrabarti continued. “If you take a class you go back as a learning assistant … and the third thing is going to internships, doing dual majors. These are things that you don’t get anywhere else in the world, and that’s the kind of workforce that we are after, and (Myers) understands that very well.”

Mullin said he was impressed by Myers’ humility and problem-solving skills.

“It’s a skill set to recognize issues so quickly and to be able to understand them even though he was afraid when I asked him to be interim president,” Mullin said. “He said, ‘Well, academia isn’t my area.’ He was very nervous about that. I assured him he had a great staff that would help him and that process.”

On the flip side, Myers is credited for his capacity to learn.

“He figures out things very fast,” Chakrabarti said. “I am very impressed by folks who are capable of doing that, rather than folks who know a lot of things. Ultimately, Google knows more than anyone else, but what you do with that information, how you get the bottom line, how you make decisions, that’s going to make a difference.”

Chakrabarti also provided an example of Myers’ commitment to leading and learning.

“In one of the meetings, he said that when he was (chairman of the Joint Chiefs of Staff), he looked at the U.S. defense budget and he decided to learn everything in it,” Chakrabarti said. “He said he did it, and he has the same plan for the Kansas State budget. Unless you do that, unless you’re really on top of your game, you will not be able to process information.” 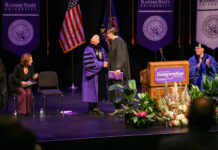 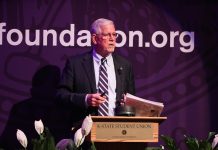