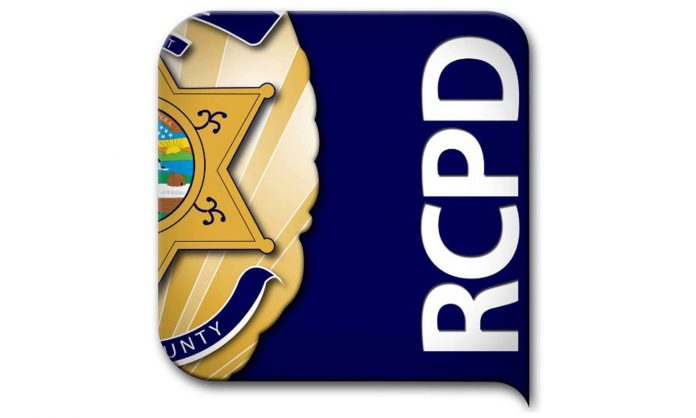 As police departments across the nation adapt to modern social media platforms and learn to engage with the public, the Riley County Police Department has remained a cornerstone of Manhattan’s social media landscape.

As the department’s public information officer, Alexander Robinson manages RCPD’s Twitter and Facebook pages. In that role, Robinson has used humor and imagery, coupled with pointed messages and advice, to aid in the department’s mission of public service.

“Talking with officers, a lot of times the first thing they hear when they go out on a call now is, ‘Oh, you guys are so funny on social media,’” Robinson said. “That helps a lot — it really does.”

While some aspects of the job require a sense of humor, Robinson — a Kansas State alum with a degree in marketing — applies a methodical, business-like approach toward his job. For example, Robinson said he tries to be infrequent in requesting the public’s assistance in identifying suspects or gathering information, as too many of those posts can lead to information fatigue.

“The public has attention bandwidth is the way I think of it,” Robinson said. “You only have so much space in your head for things, and most of that is taken up by drinking and partying when you’re in college, and the rest is taken up by friends and college.

“There’s only so much space that can be dedicated to us, so if we’re using it every single time someone steals something from Walmart, but we have some more serious stuff going on, you’re not going to be paying enough attention to it to know it’s something serious,” Robinson continued.

Robinson said he frequently denies requests from other officers to put such requests out on social media, as they have low chances of being solved, and instead focuses on major crimes that are more likely to garner a response — as well as valuable information — from the public.

“Whenever I see (RCPD’s) handle or username, I always pay attention because it is something that either is a big deal kind of thing or it’s an important warning or advice sometimes,” Emma Ullrich, sophomore in electrical engineering, said. “At the very least, it’s something entertaining.”

The silly and the serious

Managing and posting on the social media accounts means maintaining a delicate balance between humor and the more professional side of policing.

“I see other departments where they put out only funny, or they do only serious or something like that,” Robinson said. “I try to have a mixture of some funny stuff, some serious stuff, some in-depth discussions.”

One example of the more serious social media discussions was Robinson’s week-long campaign on sexual assault awareness last month. Initially, some members of the public were upset the police department was holding a discussion on such a sensitive topic, Robinson said, but as time went on, the public warmed up to Robinson’s efforts to increase sexual assault awareness and prevention.

At the same time, Robinson said it is difficult to stand out in the sea of police-run Twitter accounts, which he said he sometimes evens looks to for inspiration for RCPD’s Twitter.

“We don’t think we’re doing anything special,” Robinson said. “It’s just new to people, and so they think it’s pretty cool, but literally everywhere in the country does it now. Lots of them do it way better than us, lots do it way worse.”

Robinson said oftentimes the police are seen as robotic or unengaging.

“We want to avoid that as a police department,” Robinson continued. “We want it so that when we put something out, you guys are engaged and you’re thinking about it, and you’re like ‘Hey, that was really funny. OK, awesome, I’m going to share that with my friends,’ but we’re not funny just to be funny. I could go work for BuzzFeed or an actual funny place — that’s not the purpose. The purpose is to engage and keep people learning.”

Mariel Winnerman, sophomore in wildlife biology, said while she does not follow the department on Twitter, she has heard about it from friends and seen other friends retweet RCPD tweets.

“I’ve seen quite a few that make me laugh,” Winnerman said. “It shows people that they’re not always serious. They can be funny and friendly.”

Robinson said the public sometimes believes RCPD is patrolling the information superhighways, looking for signs of sinful behavior on the public’s part. A common misconception is that police officers look at Snapchat or other social media for screenshots of debauchery, whether it be underage drinking or other illegal behavior.

In short, Robinson had one answer to this misconception: police officers don’t actively look for these things.

“Generally, we can’t do any enforcement action off of photos because we don’t know that’s a beer,” Robinson said. “It could be a lemonade, or there’s a lot of different things that could be in the cup. Certain situations you can (take enforcement action), but it’s almost always on a case-by-case basis. It’s way too complicated to get into here. I get those pictures all the time.”

Robinson said he frequently receives pictures and complaints of people texting and driving, but Robinson said officers cannot do anything with pictures that amount to hearsay. Robinson said the pictures he receives also beg the question of whether or not the picture takers were also using their phones while driving.

Other instances where Robinson will look at social media include public requests for speaking engagements and for ride-alongs. In doing so, Robinson looks for signs or clues that the requests are hostile, or at least not sincere in nature.

In interacting with the public, Robinson said he first has to overcome a divide, which he called the “us versus them scenario.”

“That’s what we’re trying to break, because for a long time now, cops are ‘them’ to the public, and a lot of times the public is ‘them’ to us,” Robinson said. “We’re trying to bridge that gap and make everyone an ‘us,’ because really, we’re a part of this community and we’re part of Riley County. We want people to see it that way.”

At the same time, efforts to close the divide must come from both sides of the division, Robinson said.

“We want the cops to see that all of you guys are important and that all of you matter and that everyone has a role in this community, and we want the community to see, ‘Hey, these guys are human, too,’” Robinson said. “They have families, they’re just doing their job. They’ve got a lot of things going on. Their jobs are super complicated, maybe I’ll cut them some slack.”

At times, Robinson’s humor has seen blowback from some members of the public, he said. Most times, Robinson is able to reason with those individuals in one-on-one conversations.

“Even though I know I’m not going to make everyone happy, that doesn’t mean I shouldn’t try,” Robinson said. “It’s just kind of part of the game. The more people we get as followers and the more people that see something, the more likely it is that someone is going to think it’s a horrible thing that we’re doing.”

“That’s the same for patrol officers,” Robinson continued. “You have 10,000 interactions a year, someone is going to complain about you for something, and we do our research and our due diligence to make sure that officer wasn’t being a jerk.”

Robinson said there is sometimes no connection, no empathy and no understanding when it comes to relations between the police and the public.

Robinson said he aims to build that connection with RCPD’s social media presence.

“The interactions we have on social media — every single one of them is designed to help people understand all of the complex things we deal with on a daily basis,” Robinson said. “Hopefully, we’re starting to bridge that gap.”

In the near future, Robinson said he plans to run a week-long series humanizing police officers by sharing pictures of the officers with their families or reading to their children.

“If you see a whole bunch of cops with their kids and they’re playing games or reading books or feeding them or something like that, all of a sudden, hopefully, we’re not just a badge and a uniform,” Robinson said. “Like, there’s an actual person inside that uniform, and that would show people that.”

Robinson said he realized he will never completely change everyone’s opinion on the police.

With that in mind, Robinson said it is not his goal to convince people to love the police.

“We’re not trying to lie to people or to change peoples’ opinion in a nefarious way,” Robinson said. “We’re just trying to show people what we deal with on a daily basis, and the types of behavior people in our community have, and why we have to stop those kinds of behaviors.

“Hopefully, that shows people one, that we’re professional; two, that we care about them; and three, that when we take enforcement action, it’s for a reason,” Robinson said. “It’s not just because we want to. There’s laws for a reason, there’s penalties for laws for a reason, and that’s to keep people safe and to help people have better lives.”