Kansas State University’s chapter of Delta Upsilon International Fraternity was a Chapter of Distinction award recipient on May 31.

The Chapter of Distinction Award was given to seven fraternity chapters this year out of the 6,100 NIC-affiliated chapters in the U.S. and Canada.

The Chapter of Distinction award is given by the North-American Interfraternity Conference (NIC), which represents 66 national and international fraternities with 380,000 current undergraduate members.

Delta Upsilon at K-State was also recognized this year for a Laurel Wreath Award for excellence in the overall values, behavior and community outreach.

The K-State chapter is currently composed of 116 men.

In the past year, the chapter has benefitted the American Red Cross, Boys and Girls Club and the Global Service Initiative. Its members are also involved in K-State’s “It’s On Us” campaign, which advocates awareness for and works to change culture surrounding sexual assault and misconduct.

The Chapter of Distinction award recognizes Delta Upsilon at K-State as a top fraternity chapter, leading by example the values of the NIC and interfraternity relations.

“It is a true honor to receive this recognition,” Scott McGehee, K-State’s Delta Upsilon chapter president senior in personal financial planning, said in a press release. “It truly represents the hard work that has been put in by many incredible people over many years. [T]hank you to our incredible advisors, our house director, our alumni, undergraduate members, and our International Fraternity for the role they served in helping our chapter get where it is today.” 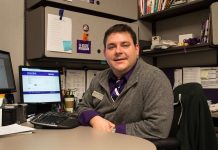 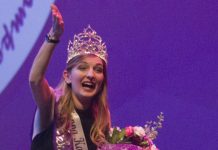 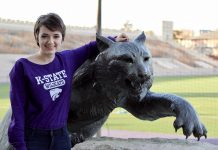