K-State has scheduled a temporary suspension of its attendance policy Monday, Aug. 21. Students will be allowed to miss the first day of class without penalty to view the total solar eclipse.

According to a press release from April Mason, provost and senior vice president, the Committee on Academic Policies and Procedures voted unanimously to suspend K-State’s attendance policy for the first day of the fall semester.

According to the Office of Student Financial Assistance, student aid will not be affected if a student watches the eclipse instead of attending class Aug. 21, provided that the student continues to attend class after the celestial event. The CAPP also voted in February to temporarily suspend K-State’s attendance policy on the day of the eclipse; students cannot be dropped for missing class on that day only.

The attendance policy will resume as normal Tuesday, Aug. 22. No other university policies will be affected.

The total solar eclipse will be visible at around 1:09 p.m. in north-eastern Kansas. K-State and the Flint Hills Discovery Center are co-sponsoring a bus trip and viewing party for the celestial event. 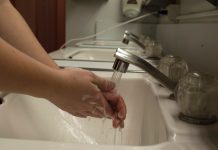 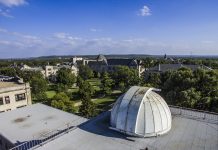 Old made new: Efforts to restore the Cardwell Observatory are underway