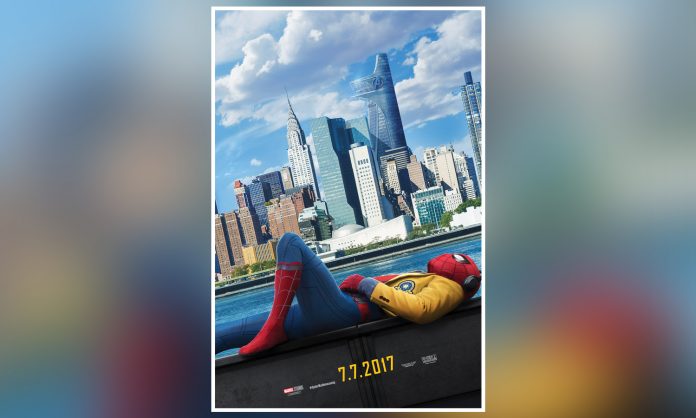 Given that I was less than amazed by the “Spider-Man” franchise’s previous movies, I was cautiously optimistic about Marvel’s partnership with Sony to bring our favorite web head into the Marvel Cinematic Universe.

I trusted Marvel to do Spidey justice, but I did not believe the world needed yet another “Spider-Man” movie. Marvel proved me wrong.

Rather than force viewers to sit through yet another origin story, director Jon Watts has “Spider-Man: Homecoming” pick up two months after the events of “Captain America: Civil War” and treats us to Peter Parker’s perspective of its climactic airport scene.

Parker, played by Tom Holland, is endearing as he is awkward. His teenage naivety toes the edge of inexcusable stupidity, but his sense of humor and strong morals make his recklessness forgivable. Parker is a fully realized, 15-year-old superhero. His development as a hero resonates with some young people’s struggles through puberty.

Though plenty of people joked that “Spider-Man: Homecoming” was going to be “Iron Man 4,” Tony Stark thankfully takes a backseat.

“Spider-Man: Homecoming” shines brightest with its new additions to the Marvel Cinematic Universe.

The best new character, however, is Adrian Toomes or the Vulture, played by Michael Keaton. Toomes makes previous Marvel villains pale in comparison. I am a sucker for sympathetic bad guys.

Toomes’ rise into the criminal world is an origin story in itself. He is a man that embodies the struggle of working class people in a society constantly putting the lives of the powerful before the weak.

Where other Marvel films focus on larger-than-life heroes and villains in battles over the fate of humanity, “Spider-Man: Homecoming” grounds the action with personal conflicts like Marvel’s Netflix Originals.

Having a relatable conflict does not hold back the impressive fight scenes. As the trailers promise, the movie showcases equal parts action, comedy and drama.

Thanks to Stark’s high-tech improvements to Parker’s suit, Parker has a wide array of fun gadgets at his disposal. His mask finally allows him to be as expressive as he is in the comics and animated adaptations.

When it comes to the weak points of “Spider-Man: Homecoming,” it is hard to pinpoint what could improve.

The main thing that annoyed me was Parker’s crush, Liz, played by Laura Harrier. I saw her appeal, but her too-perfect-to-be real character lacked the spark that Michelle radiated with every moment she was on screen.

I wish Michelle had been given more screen time. Considering how much she was featured in the trailers, I had expected her to be more important to Parker.

Since Marvel already has plans to make two more “Spider-Man” movies, I am certain Michelle will come back and have a larger role in the sequels.

After the dark turn of events following “Captain America: Winter Soldier” and the string of high-stakes movies in its wake, the Marvel Comic Universe needed a lighthearted film like “Spider-Man: Homecoming” to balance out the franchise.

As the Marvel Comic Universe continues to grow and add more heroes to its roster, I am thankful Spider-Man has finally found his way back home.

REVIEW: “Ant-Man and the Wasp” makes for a buzzkill sequel

‘The Amazing Spider-Man 2’ is anything but amazing

‘The Amazing Spider-Man 2’ is anything but amazing