Blac Chyna, originally named Angela White, was in recent headlines after Rob Kardashian, her ex-fiancé and father of her child, posted nude photos of Chyna July 5.

This created an all-out social media war across multiple platforms between the two that ended in the filing of a restraining order, Kardashian having his Instagram account suspended and Chyna alleging physical abuse.

While the reality stars have a long and jaded past with one another, there are a few central issues the mainstream and even topic-specific media have missed as their lives have unfolded before the general public over the past week.

Our society teaches young people that consent is optional and does not need to be respected. The lack of punishments, including facing trial or even time in jail or prison, continues to demonstrate how consent is perceived to be optional and has no real legal ramifications for failing to respect it.

Others have argued that if one scrolls through Chyna’s social media or Google image searches Chyna, one will see Chyna posing while scantily clothed, leaving little to the imagination.

The second point of this entire ordeal that the mainstream media has overlooked is Chyna’s alleged accusation of abuse while the two were together. Because it is an argument involving a Kardashian, the media has taken the side of the alleged perpetrator rather than the victim. Rather than further investigating whether or not these accusations are true, the media has completely overlooked it and even alleged Chyna is lying.

The third manner in which the media has spun this social media whirlwind is by blaming Chyna for these naked photos being posted online and shaming her for openly expressing her sexuality.

This is where slut-shaming comes into play.

For those unaware, slut-shaming is the act of trying to evoke shame in someone for their perceived sexual conduct, especially women who have had multiple sexual partners or who openly express their sexuality or violate “traditional” expectations of sexuality, such as remaining sexually abstinent until marriage.

Since Chyna’s rise to fame was through stripping at King of Diamonds, one of the largest and most successful strip clubs in Miami, the media implies she is nothing more than a whore or a gold digger, denying her autonomy and the success she has built on her own. The media not only disrespects Chyna as a successful business woman, despite the fact that she owns multiple clothing stores and a makeup line, but also denies the autonomy and agency Chyna has over her body by saying she is less than human for openly expressing her sexuality.

The law has a long way to go to protect victims of these incidents, but the media has an even longer way to go. Maybe some time in the future the media will actually report on a story in a way that does not reduce the women involved to liars, deviants or less than human. 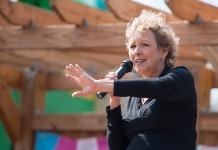 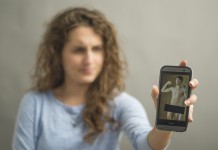