Net neutrality, a term that is seeing greater use in recent times; but do people really understand what it means? Net neutrality is the concept that all information on the internet is to be treated equally. While this concept of internet freedom is not new, recent years have seen rise to laws that help protect that freedom. Now these freedoms are coming under attack and we may see rise to a more controlled web browsing experience.

In Feb. 2015, the Federal Communications Commission adopted strong net neutrality rules based on Title II of the Communications Act, giving users as much protection as possible. Now major players in the internet providing business, such as Comcast and AT&T, are fighting back against these rules and pushing for the removal of the neutral web.

The internet is a great tool and asset at the disposal of a majority of the American public and we take great advantage of how free and open the web is. If the internet becomes controlled by the largest companies we have a strong chance of seeing connection speeds to sites and services more actively used. Such a tactic has been used in the past to force companies and services that have a strong presence in the mobile data business to pay more to service providers.

In 2007 Comcast was caught interfering with its subscribers’ traffic, specifically peer-to-peer traffic. At first denying these allegations, the company eventually admitted to the interference. The FCC held a hearing and concluded that Comcast had indeed violated the principles of the internet Policy Statement. However, to combat this, in 2008 the company amended their Acceptable Usage Policy and placed a specific 250GB monthly cap, also introducing a new bandwidth throttling plan.

It is my belief that if the largest companies gain more control over how the information on the internet is treated we will see drastic changes to how we browse and surf the web. The first major change could be that the largest video streaming sites, such as Netflix, would be charged even more for the data streams required to run their services. This would lead to increased prices for the consumers of internet services. Another outcome we may see if these companies begin throttling connection speeds is access to sites that may be deemed by the company as “undesirable.”

If past examples can show us anything it’s that a controlled web experience will cause problems to the everyday consumer. Rising prices, slower internet speeds, and caps on download speeds are all things we may see if we lose our net neutrality to the internet provider giants.

Justin Wright is a freshman in Information of Management Systems. Please send all comments to opinion@kstatecollegian.com. 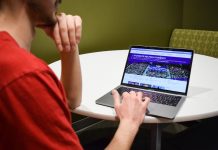 What exactly can K-State see from your computer? It’s complicated