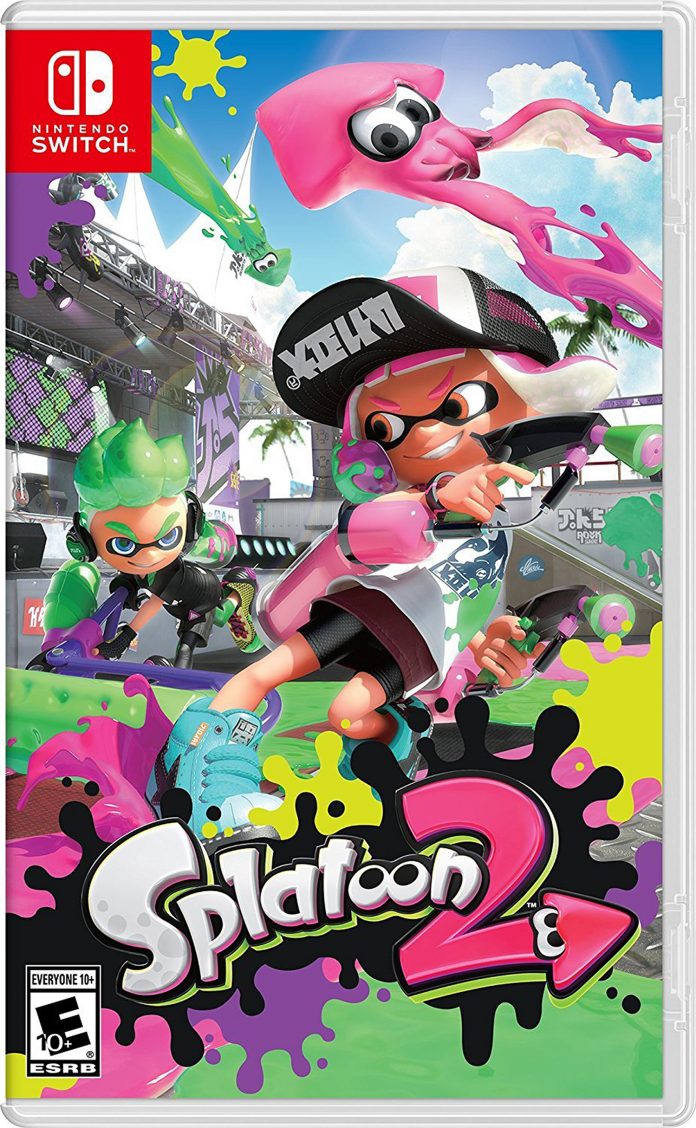 The squid kids are back and fresh as ever in “Splatoon 2,” released on the Nintendo Switch July 21.

The eagerly anticipated sequel follows in the wake of success from “Splatoon” on the Wii U and shores up the game with updated items and new features.

Since I still play the original that was first released two years ago, I was seriously hyped for “Splatoon 2.” Now, even though I still love the game, I find myself conflicted with some of the changes.

“Splatoon 2” as a whole is great. The majority of the game looks and feels nearly identical to the original, but I like that. There is a saying of “do not fix what is not broken.” And the game generally followed that saying.

The best mode in the game is still Turf War, but those who want a challenge can participate in Ranked and League Battles. They alternate between Splat Zones, Tower Control and Rainmaker. The objectives for each of these modes have not changed, but the weapons and maps were updated.

The biggest change I dislike about “Splatoon 2” is how it overhauled special and sub weapons. All of the old specials were replaced or reworked, as well as many subs. The new specials now focus on being used at strategic moments rather than as instant power-ups. Though I understand it helps balance the game, I lament the loss of my favorite specials.

The returning mode that saw the greatest change was Hero Mode, the single-player story campaign. The Great Zapfish is missing again, but this time Callie of the Squid Sisters also disappeared. Marie, the other half of the Squid Sisters, enlists your help to fight the Octarians and rescue them.

Each mission features all new level designs, updated enemies and even more hidden items to find. Even as a completionist, I struggled to find some of the sunken scrolls and new sardinium pieces.

Generally, every mission’s difficulty builds up in a satisfactory manner. But the final boss was a disappointment. I thought the previous final boss in “Splatoon” was a better challenge.

Players before could only use the Hero Shot to complete missions, but in this version Marie recruits Sheldon from Ammo Knights to share his new weapons with you. The ability to change weapons was a sorely needed addition.

Not only do the new weapons increase the variety in mission designs and enhance replayability, they also let players learn how to use multiple types of weapons and experiment with their unique abilities, strengths and weaknesses in a low-risk setting. The focus on expanding players’ skills with a range of weapons is most obvious in Salmon Run, the new cooperative mode that pits players against swarms of diverse salmonid monsters to collect power eggs and earn bonuses.

Unlike in Turf War and Ranked Battle, players cannot choose their weapons or gear. Weapons are randomly assigned for each wave of salmonids. As someone who likes playing with a variety of weapons, I enjoyed the challenge.

Of the changes Nintendo made, I really wish they had not taken out the mini-games available between matches. Players can enjoy Squid Beats at an arcade in Inkopolis Square, but now we can only pass the time between matches by manipulating the ambient music.

The updated Hero Mode and addition of Salmon Run make “Splatoon 2” a worthwhile sequel. Despite my minor grievances, the childlike joy of painting ground, splatting enemies and swimming in ink will never cease to amaze me.

Stephanie Wallace is a senior in English. The views and opinions expressed in this column are those of the author and do not necessarily reflect the official policy or position of the Collegian. Please send comments to opinion@kstatecollegian.com.