Home Culture Feature How to be a decent roommate

Throughout your college career, and perhaps even through your early 20s, it is likely that you will be forced—whether by finances or circumstance—to share a living space with another person.

Having a roommate can be both fun and challenging. Living in the company of another person who is in a similar stage of their life can be a comfort, and great friendships can form between roommates, but being in such close quarters with another person can also frustrate and annoy you. Conflict resolution and clear communication, as in all relationships, are key to enjoying your stint as a roommate, but there are many other things you can do early on to head off any problems at the pass.

1. Remember that you don’t have to be best friends

This is especially important if you are living in the dormitories, where a roommate may be assigned to you. If you went potluck during the roommate selection process, you likely know very little about your new roommate before move-in day, and feeling trepidaceous or uncertain about them is perfectly normal and okay.

Some people bond with their roommates instantly and becomes fast friends, but it is important to remember that roommates who turn into best friends is the exception rather than the rule. You might not end up being best buddies with your roommate, or even good friends. That is perfectly OK. You do not have to be best friends—you simply have to treat each other with respect. Take the pressure off, let the relationship unfold naturally and be honest with each other. Friendship may come, or it may not. Learn to be OK with the situation if a friendship does not form immediately, or at all. You are in plenty good company.

2. Have the hard discussions early.

Do not wait until you begin chafing at each other’s pet peeves to have a conversation about your lifestyles and expectations. It can be awkward to bring up with someone you have just met, but future you will thank you for weathering the awkwardness.

Is one of you a night owl and the other goes to bed early? Best to know right away so that you can discuss ways you can avoid keeping each other awake at inconvenient hours. Who is going to be responsible for taking out the trash, and how often will you clean? Are you both neat or messy people? How often is it acceptable to have friends over and at what times?

It may feel awkward or demanding to put all of your needs out of the table before you have really gotten to know someone, but quashing your own needs and desires will not do you any favors in the long run. Failing to make your needs known early can lead to emotional blow-ups and hurt feelings later on when your new roomie inadvertently crosses a boundary you failed to express.

Be patient with each other and, most importantly, be honest. Competing needs happen, but being able to discuss and work through them civilly is an important part of becoming an adult.

We all have our quirks and habits, and it may be tempting to be far more judgmental of your roommate’s than you are of your own. Does your new roommate have a disturbingly large collection of Beanie Babies that she dusts every night before she does homework? Does your new roomie’s shirtless Nicholas Cage wallpaper really wig you out? Does your roommate eat gross foods and watch weird television shows that you cannot stand? Well, I have news for you: you are not perfect, either. (And if you think you are, then perhaps you would be better off moving out now and getting yourself a single room.)

Being able to get along civilly with people you find off-putting is an important adult skill, and finding your roommate’s quirks strange or annoying is not a viable excuse for disrespecting them. So long as they are respecting your space and your privacy and treating you with decency and consideration, let the small things go. In the grand scheme of things, having a roommate who collects potato chips shaped like Christopher Reeve’s head but always remembers to take the trash out and leaves the thermostat alone is a small-fry issue.

Pick your battles, and make sure you are saving your anger for something that actually matters. Avoid the temptation to deal with it by gossiping cruelly behind their back—freshman year is difficult enough without garnering a reputation for being the floor’s gossip monger.

4. Solve conflicts when you first notice them.

Passive-aggression is so passé.

If you have a conflict with your roommate, there is only one way to deal with the issue maturely and effectively: talk to them.

Talk, with your mouth. Do not subtweet about them. Do not post vague Facebook statuses about “difficult people” and pretend you are not talking about them. Do not retaliate by meeting they own annoying behavior with their own. Do not act like nothing is wrong and then blow up at them later over something that happened weeks ago.

You are an adult now, and you must learn to solve your problems like one. That means using your words to make your frustration known and clearly communicating how your needs are not being met.

If confrontations are difficult for you, there may be extra resources available if you live in the dorms. The resident assistant, or RA, on your floor has been specially trained for dealing with situations such as these, and may be able to give you some helpful pointers for facing the conflict head-on in a respectful and productive manner. They may even be able to help directly mediate the discussion between you and your roommate if you fear things will get really out of hand.

Even if you get along just fine with your roommate, setting aside some time each week for the two of you to chat about how things have been going can do wonders to prevent conflict from happening. By having a scheduled and structured time for you to bring up and work through issues, you can alleviate some of the stress that comes with never knowing whether it is a good time to bring up a problem.

Whether you get along with your roommate or not, remember that roommates are not forever.

If the two of you get along, great! You can always ask them if they would like to live with you again next year. And if you do not get along with them, then all is the better: eventually, one or both of you will move on to live somewhere else; take comfort in knowing that your current living situation is only temporary.

Sometimes a roommate who you thought you had gotten along with very well might choose to move on anyway. This can come as a hurtful shock if you thought that the two or you had meshed well or become friends, but try to remember that your roommate likely has made other friends outside the confines or your dorm room or apartment. Just because they choose to live elsewhere or with another friend does not mean that they do not like you or value you as a person.

Keep in touch with roommates with whom you have gotten along; invite them out for coffee or to a sporting event after they have moved out and keep those relationships strong. In college, networking is golden.

And if you roomed with someone who you later found out you could not stand to live with? Well, there is always next year, and with the size of Kansas State’s campus, there will always be another roommate you can try.

Eight semesters is a long time, and if you follow these rules, practice open communication and act with honestly and integrity, you can easily become the roommate that every senior wishes they had as a freshman. 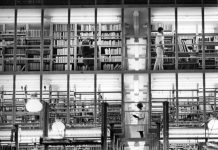 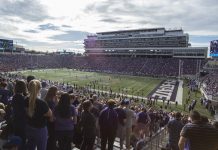 How to survive a K-State football game

More than books: a guide to K-State’s library resources

Advice from a student for all students