The Kansas State University Foundation’s 2016-2017 fiscal year is the second most successful year of fundraising in university history. The year, which ended on June 30, yielded over $152.6 million in fundraising.

The funds came in the form of philanthropic gifts and commitments and will be used to benefit K-State students and faculty as well as support research opportunities.

The foundation, established in 1944, is an independent 501(c)(3) organization. The use of gifts made to K-State through the organization cannot be subjected to state control, and instead can only be allocated according to the donor’s wishes.

The role of the foundation is to seek out and work with potential donors to find their philanthropic interests and how donations can help support the university’s needs.

“We act as strategic partners to support the donors and the university in all that we do,” Susan Berhow, associate vice president of strategic communications, said.

To do this, staff members work with university president Richard Myers, deans and provosts to identify where priorities are as well as to find initiatives that excite donors, John Morris, senior vice president of development, said.

“Our mission is to support the greatness at Kansas State through philanthropy,” Morris said. “Our goals all center around what’s best for campus.”

63 percent of the money brought in during the last fiscal year was donated by K-State alumni. This is more than the combined amounts donated or committed by all other sources.

The funds raised have been allocated according to donor wishes into categories. These are student success, faculty development, facilities enhancement, programmatic support and excellence funds, which is the category with the most amount of money (over $55.5 million). Excellence funds are used in a variety of ways, including staff funding and the enhancement of student life. This category also includes gifts made to K-State Athletics and Ahearn Fund.

Currently, more than $7 million dollars are pending designation. There are numerous areas that students would like to see that money go, including further renovation of buildings on campus.

“The chemistry side of the engineering building is still really old,” Jarrod Moore, freshman in electrical engineering, said. “So it could use some improvement over there, as well as in other places.”

Moving forward, the KSU Foundation’s short-term goal is to raise $155 million over the course of the next fiscal year.

“It’s the most aggressive goal we’ve ever had,” Morris said. “We continue to set highly aggressive and inspiring goals because our campus needs it and, quite honestly, our campus deserves it.”

Other goals include an initiative to raise $1.4 billion by the year 2020 in order to support K-State’s 2025 Visionary Plan to be named as one of the top 50 public research universities. 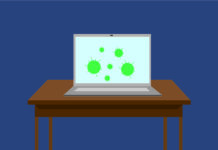 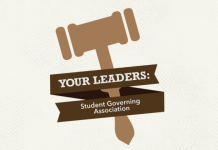