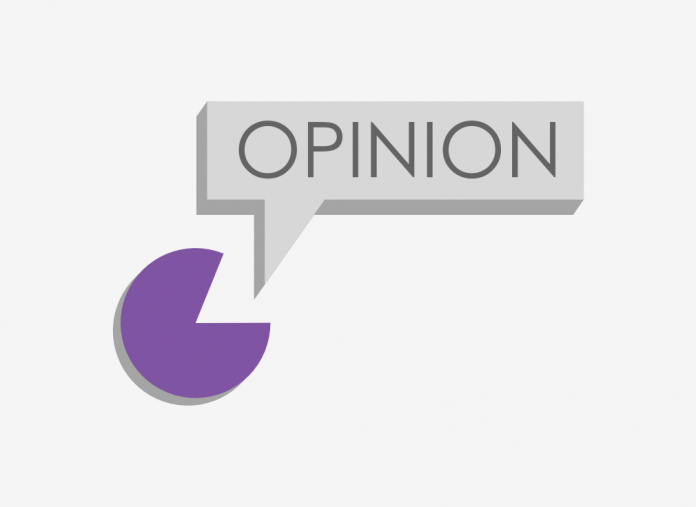 Like most of you, I woke up this morning to find out that some posters were put up around the Kansas State campus. Unlike the usual assortment of ads for special lectures and discounts at Pie Five, these posters were a lot uglier. They cited scary statistics in poor font choices, implying that America is only for white people and 20 percent of Muslims are terrorists.

Oh, boy. Where do I even start?

The “alt-right” is a racist, degenerate political movement that wants to put big “whites only” signs over the gates to America by any means necessary. They have been called terrorists and neo-Nazis by many, and the official guidelines of the Associated Press state that “alt-right” should be reported in quotation marks because it is merely a PR term to make white supremacy sound less awful.

Hopefully most of the people reading this would agree with me that people are not defined solely by their skin color or their place of origin. How could you possibly hate someone, or lots of someones, if you haven’t even gotten to know them? This is not a political agenda — it is common sense.

This begs the question, then: how are neo-Nazis gaining traction in 2017? What could the “alt-right” possibly be telling people to convince them that America, land of the free and built by immigrants from every corner of the Earth, is a white supremacist haven?

The doctrine of the neo-Nazis who run the “alt-right” movement is logically inconsistent and only backed up by misinterpreted (or outright fabricated) science, and I have proof.

America is not a “white country”

While it’s true that the United States was a country founded by rich white dudes with bad hair, our Constitution guarantees civil rights and equality for everyone, and the definition of who counts as “everyone” has thankfully been getting more inclusive as time goes on.

The latest U.S. Census predictions about the country’s population diversity indicate that only about 62 percent of Americans are white people of European descent, meaning that two in five Americans are Hispanic, Asian, black or multiracial.

Further, the same census predictions estimate that less than half of America will be white by 2050. White people will still be the biggest slice of the pie graph, but even with a majority-white population, America is clearly not a “white country.”

Oh, and here’s a good question. If America really is a country for white people, then why were Native Americans living here for thousands of years before Christopher Columbus and friends screwed things up? I don’t think there’s a good answer.

We all know about our country’s messy racial history, but that doesn’t mean we can’t have a better future. America is not a violent playground for idiots who have nothing to be proud of beyond their ancestors’ lack of sun exposure.

This is a perfect example of the faulty logic used by racists to justify blind hatred.

Diversity is defined by Merriam-Webster as, among other things, “being composed of different elements or qualities.” The word doesn’t mean less white people, or less of anything. Diversity in America is not the subtraction of a majority, but the addition of a minority.

Remember how I said that less than half of America will be white by 2050? This prediction is not based on some kind of mass exodus or a plague that only affects people who get sunburns easily; it’s based on the worldwide trend of population growth.

In fact, the white population of this country will have grown by 2050. The key thing to understand is that every minority population is also growing.

There will be more black people and more Asian people in the future, but there will also be more white people to join them. If neo-Nazis are worried about white extinction, they have nothing to fear.

One of the “alt-right” posters hung today said, “We have a right to exist.” I paid a visit to the websites advertised on the posters (a search that I sincerely hope Google doesn’t remember), and a lot of their rhetoric seems to be about “white culture” and their fear that it’s somehow being extinguished.

But what is “white culture,” anyway? If you ask me, it’s something that does not exist. “White” is not a culture or a place of origin. It’s just a skin color.

I’m not proud of my white skin or my European heritage because my ancestors didn’t come from Whiteland or the People’s Republic of Europe. My great-great-grandparents and their families came from Ireland, home of musicians and beer, and some of them came from Germany, home of scientists and more beer.

Europeans have light-colored skin due to the continent’s location high up in the hemisphere. Other than that, the citizens of various European countries have little in common. Most neighboring countries don’t even speak the same language.

The members of the “alt-right” don’t want to celebrate true diversity: Italian food, British literature, Spanish music and French wine. Diversity of any kind is scary, so all they have to themselves is a skin color.

Granted, black pride is also a thing in America, but I think that’s more justifiable. Most black people in this country are the descendants of slaves — people who were forcibly taken from their families, culture and history. It’s hard to celebrate, say, Nigerian pride if you don’t know your ancestors were from Nigeria. It might be more accurate to call it “descendants of slaves pride,” but black pride is a much catchier name.

Golly, this one’s a long one.

According to one of the posters hung up on campus today, “20 percent of polled U.S. Muslims said terrorist attacks against civilians are justified in some cases. That’s 660,000 Muslims.”

The source for this alarming statistic is “Pew Research 2017.” To be thorough, I went to the official website of the Pew Research Center and I actually found the article about Muslims that this poster refers to.

There’s just one problem: the person who made the poster is lying.

In a survey from 2011 (six years out of date), the selected sample of American Muslims (in other words, not every American Muslim) answered a question asking if violence against civilians was justifiable to protect Islam from its enemies.

No matter how you look at it, these outdated numbers don’t add up to 20 percent. There are bad apples in every bunch, but American Muslims clearly have their hearts in the right place.

Another fun statistic from the same article is that 92 percent of surveyed American Muslims are proud to be American. In other words, nine out of ten Muslims still want to be here and make their country a better place even while fringe neo-Nazi groups are kicking and screaming that Muslims don’t belong.

Forgive me, members of the “alt-right,” but I think I know who really doesn’t belong in America. 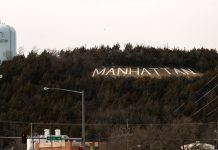 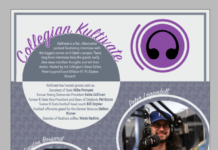 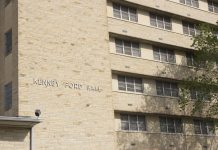