London saw another terror attack Friday morning when an improvised device exploded on a train as it pulled into the Parsons Green station. ABC News reported a total of 30 people received treatment for injuries, none of them life-threatening. Police and detectives arrested two men in connection to the attack on Saturday. According to CNN, ISIS has taken responsibility for the incident, saying it was carried out by a “detachment,” but did not give any proof.

Tropical Storm Maria continues to threaten islands in the Caribbean. According to the New York Times, forecasters warn that the storm is expected to strengthen to hurricane status. The nation of Antigua and Barbuda is facing its third hurricane watch in two weeks. Half of the residents on the island of Barbuda are homeless in the wake of Hurricane Irma. As of Saturday, two other storms brewed in the Atlantic: Tropical Storm Lee and Hurricane Jose, though Jose may be downgraded to a tropical storm soon.

Protests in St. Louis turned violent over the weekend. The protests were in response to the acquittal of former St. Louis police officer Jason Stockley in the death of Anthony Lamar Smith in 2011. Stockley was acquitted on the charge of first-degree murder. According to the Kansas City Star, peaceful daytime demonstrations became violent at night with 33 arrests made Friday night and 19 Saturday night. Charges include failure to disperse, resisting, assault on an officer and damage to property.

Five Below is set to open in Manhattan. According to the Manhattan Mercury, the discount store will open Oct. 6 on the northeast corner of Poyntz Avenue, Frontage Road and Saber Lane. Products sold at Five Below are all priced below $5. Three other spaces are available in the building. Construction of the building will be completed by Dec. 1. 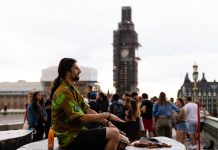 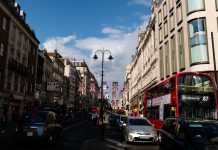 TRAVEL: London showed me how traveling alone can be fun

TRAVEL: London showed me how traveling alone can be fun