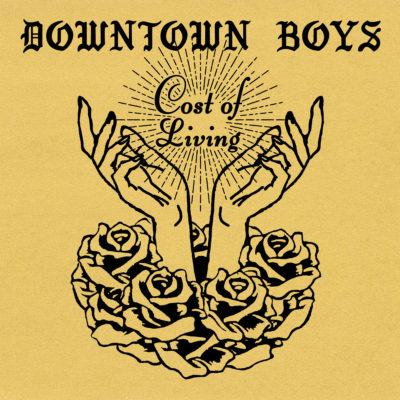 When you start listening to the album “Cost of Living” by the Downtown Boys, you get a light-hearted yet energetic sound that makes you think, “This might be a nice little alternative rock album,” possibly due to the occasional saxophone.

But as soon as lead vocalist Victoria Ruiz comes in, I find myself nodding in realization of the purpose and genre of this band.

Immediately, you are taken aback by the current-day punk rock sound that this band has honed to perfection. The vocals expose political messages that are current and unavoidable due to Ruiz’s sheer emotion and intensity in her yell-singing on top of classic 1980s pop rock sounds.

Looking deeper and evaluating the political messages within the lyrics of these songs is another story. Take the lyrics of the first track on the album, “The Wall.” This song exposes the white supremacy that is and has always been within our culture in regards to Mexican immigration. We need to hold our political leaders accountable for continuing this dated and prejudiced history. The lyrics are concise, simple and to the point, which is the true beauty of punk rock.

This first track then segues into “I’m Enough (I Want More),” which cold opens with the sheer raw yells of Ruiz. Then we go into my second favorite track on this album, “Somos Chulas (No Somos Pendejas),” a song that opens with a lone drum beat and an occasional eerie guitar strum.

Then Ruiz comes in, shredding lyrics completely in Spanish. At first I had nothing to base the Spanish lyrics off of except the emotion I felt as Ruiz sings, “Somos chulas, no somos pendejas,” which roughly translates to: “We’re elegant, we’re not dumb.”

The band writes that this song is “a declaration of one’s ability to decolonize one’s mind, and the importance of fearlessly unlearning the ways white supremacy conditions people to think and exist.”

Although the album has 12 songs, it follows the classic punk rock formula with short and to the point music, never overdoing one sound. They uniquely continue the bilingual trend throughout the album and even include an interlude, “Heros,” and outro, “Bulletproof,” that offers a perfect lyrical poem to cap off the album.

This politically grassrooted, bilingual, female-led punk rock band is something I think everyone in 2017 needed. I can only hope for more to follow the outstanding model Downtown Boys has set with this new album.

Sara Wallace is a sophomore in mass communications. The views and opinions expressed in this column are those of the author and do not necessarily reflect the official policy or position of the Collegian. Please send comments to opinion@kstatecollegian.com. 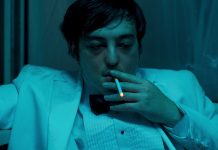