Tatum Wagner is a junior on the Kansas State women’s soccer team for the 2017 season. She is a 5’7 forward from Tulsa, Oklahoma.

While this is just her second year playing for K-State, Wagner has already seen action in all nine games so far, starting in six. During those nine games, she has seen 630 minutes of game time while scoring one goal and two assists.

In K-State’s match against Creighton, Wagner had 10 shots, four of which were on goal, while scoring one of the two goals for the Wildcats in the loss. During the win against Colorado State Sept. 17, Wagner played a season-high 85 minutes.

During her sophomore season in 2016 with K-State, she started 15 of the 16 matches she played. She saw 1,112 minutes on the field. In the program’s first season, she led the Wildcats with three goals, four assists, ten total points, and twelve shots on goal.

With two corner kicks and a .500 shot on goal percentage, her sophomore season was a big improvement from the previous season.

In 2015, Wagner chose to play for the University of Tennessee over Oklahoma State where her dad played baseball. In her freshman season debut for the Volunteers during their season opener against Lipscomb, she had 24 minutes of game time.

In 17 games played for Tennessee, Wagner averaged 21.6 minutes per game totaling 370 minutes of total time on the field. Her season high for minutes played was 41 minutes at Liberty University on Sept. 28, 2015.

Against Belmont University on Aug. 28, Wagner scored her first collegiate goal. Scoring four points and taking five shots she ended the season with one shot on goal.

This season, the Wildcats have scored 13 goals, averaging 1.30 per game and have taken 158 shots while averaging 15.8 per game. After winning their first Big 12 match against Texas Tech Sept. 22, the team has a 6-3-1 record.

Coming up for the Wildcats is the Big 12 home game against West Virginia Sept. 29. 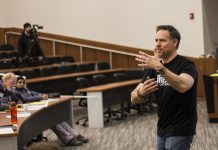 A growing number of people thinking twice about having children