Hurricane Maria’s wide-spread destruction leaves Puerto Ricans without power, water and cellphone service. President Donald Trump pledged federal aid to Puerto Rico and the US Virgin Islands. According to CNN, 4,000 members of the US Army Reserves have been deployed to Puerto Rico island to help recover. Hurricane Maria continues to head north towards the East Coast.

Betsy DeVos announced the Trump administration’s decision to withdraw “Obama-era guidance on how colleges and universities should respond to sexual violence,” according to The Washington Post. The decision aims to balance the rights of victims and the accused. While the Trump administration works to formally replace the guidelines, the “interim guidance requires schools to address sexual misconduct that is ‘severe, persistent or pervasive,’ and to conduct investigations in a fair, impartial and timely manner,” but for now, the Office for Civil Rights said schools may use either the new standard or previous standards.

NFL players protested across the country Sunday following President Trump’s comments, according to The New York Times. Many players silently knelt during the national anthem, but others stood and linked arms to show solidarity. The Seattle Seahawks and the Tennessee Titans both stayed in their locker rooms. The demonstrations continue to cause mixed reactions, drawing both support and criticism from many sides. 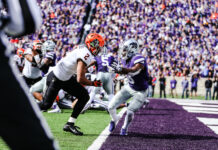 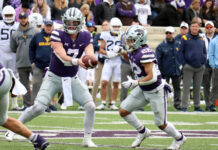