At around 3:30 p.m. on Wednesday, Kansas State University experienced a power outage on a portion of the campus.

The outage included Dole Hall, the entire Derby Complex and the Strong Community, although there were reports of power outages beyond campus as well. The power was expected to remain out for more than an hour.

Based on information on a report published on K-State IT News, this incident comes just under a month after the outage on August 28th, taking down students’ email and K-State Online. A majority of the problem was resolved within an hour, although some “enterprise services” such as KSIS and FIS “on the converged infrastructure took time to restore.”

Despite the inconvenience, students did not let Wednesday’s power outage halt their daily routines.

Ben Anthony, sophomore in mechanical engineering, was eating a late lunch in the Derby Dining Hall when the power went out.

“It didn’t cause much of a difference,” Anthony said. “I just ate more ice cream.”

Some students, like freshman Victoria Hall, said they decided to head off campus to avoid the chaotic situation.

“My roommate and I went to go buy groceries at Walmart,” Hall said.

Westar Energy Spokeswoman, Gina Penzing, said that the outage went beyond just the K-State Manhattan campus, stating that other areas in the state experienced similar situations.

“While the cause of the outage is unclear, we were able to restore power,” Penzing said.

The following day, Westar Energy was able to pinpoint the cause of the outage. Penzing said that it was ultimately ‘an equipment failure’.

Nicki Grandy, assistant coordinator of Moore Hall, said that she was happy the power came back on as quickly as it did.

“It was out from around 30 minutes and they fixed it a lot faster than they thought they would,” Grandy said. 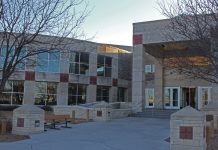 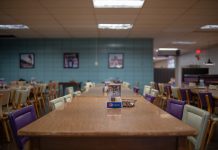 Renovations are coming to the Derb, but not immediately, dining center director says