Frequent budget cuts and enrollment slumps at Kansas State have landed like punches to the gut in many departments, but another round may be on the way.

The fall 2017 semester is the third consecutive fall semester to be plagued by lower enrollment, a drubbing that has brought the number of students at the university’s Manhattan, Polytechnic, Olathe and Global campuses down to 22,795, 4.14 percent lower than last fall.

The fall 2017 semester’s drop in enrollment is the biggest plunge in the 30 years of enrollment data available from K-State’s registrar’s office.

Throughout the summer and early parts of this semester, several administration officials declined to talk on the record about their expectations for 2017 enrollment.

Cindy Bontrager, vice president for administration and finance, did not hedge when asked on May 30 about her expectations for enrollment in the fall 2017 semester.

“We’re anticipating there will be some additional declines in enrollment, but we have not pulled back to accommodate for that,” Bontrager said. “We’ve only adjusted for what we actually occurred (sic) this year. So it’s very likely, as we move into [fiscal year] ‘18, we will need to make more adjustments.”

The Kansas Board of Regents requested members of K-State’s administration refrain from releasing information about fall 2017 enrollment until the governing board’s official announcement, Bontrager said in early September.

K-State President Richard B. Myers confirmed the decline in fall enrollment at Wednesday’s “Pizza with the President” luncheon. Myers said to students at the meeting that the university plans to hire an enrollment consultant, and specifically noted a drop in out-of-state enrollment.

A range of issues may be to blame for the university’s continued tumble in enrollment, from higher cost of attendance and the state’s continued economic woes, to the recent implementation of a law permitting concealed carry on public universities.

Each college is already wrestling with a 2.52 percent budget cut this academic year, according to the university budget office.

Less funds to begin with

Increases in benefit rates, salaries and a host of other expenses that typically affect department funding drive the degree to which each college’s general use funds are increased by university administration. That is why the appearance of increased coffers may obscure the budget crunch many departments are in.

General use funds predominantly consist of tuition revenue, state funds and dollars from K-State Research and Extension. These funds do not include any grants, private donations or funding from KSU Foundation and the many other sources colleges utilize.

When it comes to general use budget cuts, the Staley School of Leadership Studies is the only college or academic unit at K-State to begin the 2018 fiscal year with its overall finances in negative territory.

“Part of the increase that you might have seen between ‘16 and ‘17 in Engineering and Business [Administration] would be because of a function of the increase in the tuition faculty surcharge that each of those colleges have,” said Ethan Erickson, assistant vice president for budget and planning.

The College of Business Administration increased its credit hour tuition faculty surcharge by $15 this year, bringing the charge’s total to $60 per credit hour, contributing to its increased general use funding.

Faced with a cut of just over 2.5 percent to his college’s funds, John Floros, dean of the College of Agriculture, said each department’s budget is close to the previous year’s amount.

“The way we made that reduction is that we basically passed this all to every unit in the same amount, more or less,” Floros said.

The general use budget for the College of Agriculture is down 2.96 percent.

The administration makes budget decisions at the college level; calls are not made by administrative officials or staff about each department’s general use funds – those decisions are made by the dean of each college.

Myers said to the Topeka Capital-Journal in August that compensation has been prioritized in this year’s budget, but noted that lower enrollment from previous semesters has led to a $7 million deficit.

Case study in the effects of budget cuts

Repeated cuts to department budgets have already led to the reduction or elimination of office phones, copying and printing by instructors for instructional use, graduate programs and temporary staff and faculty in many departments across campus.

“We fill our sections, and in fact this year we were short sections, so we lost — for this fall semester — about 165 seats,” Bruce Glymour, head of the philosophy department, said. His department was not able to hire replacement instructors and professors due to insufficient funds.

“We have people teaching … on an overload basis, courses that are really too large,” Glymour said.

The overall performance, diversity, grant accumulation and paper publications, Chakrabarti said, are a few of the many different quantitative and qualitative components considered in the apportionment of general funds. While in some cases reductions in funds or instructors may lead to the closures of course sections, departments do not run into that kind of situation very often.

“We fund the existing [course sections], but in some cases there are more students in, say, one class, and we could not put instructors there at the same rate,” Chakrabarti said. “There’s no way to say that all these budget cuts that came our way, that it’s not going to affect education.”

K-State pinned expectations for tuition revenue in the budget for the 2017-2018 academic year at $247 million, up from last year’s projected $240 million.

In addition to just over $98 million in state funding received for the 2017 fiscal year, K-State gained approximately $237.6 million in combined tuition revenue from the Manhattan campus, Polytechnic campus and College of Veterinary Medicine, according to tuition and fee proposal documents supplied to the Kansas Board of Regents this summer.

The balance between state appropriations and tuition revenue has been flipped from what it was ten years ago, when, adjusted for inflation, state funding topped off at $136 million and tuition revenue from the Manhattan and Polytechnic campuses came in at about $142.6 million, as previously reported in the Collegian.The university budget advisory committee, which has advised the president on how to best handle the budget since 2013, released a dire memo with last year’s recommendations.

The decrease in enrollment this semester and state funding for this year likely will not temper the committee’s concern about K-State falling behind. 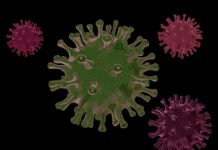 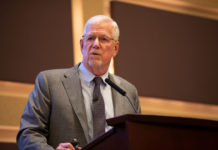