With the exception of one college, each of Kansas State University’s colleges saw a drop in enrollment this semester as part of an overall drop of nearly 1,000 students, or 4.14 percent, across the university, according to statistics released by the university registrar’s office Friday.

The number of enrollees at the university’s Manhattan, Polytechnic and Global campuses fell the furthest for students majoring in programs in the College of Human Ecology, down 8.63 percent from fall 2016.

The College of Architecture, Planning and Design was the sole college to gain students since last fall, increasing 4.50 percent at the Manhattan, Polytechnic and Global campuses.

The College of Arts and Sciences begins the fall 2017 semester with 5.08 percent fewer students than last year.

In conjunction with lower general enrollment numbers, freshmen enrollment in multiple colleges also decreased, although the colleges of Business Administration and Architecture, Planning and Design both saw an increase in the amount of freshmen choosing to study in their programs, up 2.75 percent and 6.72 percent, respectively. 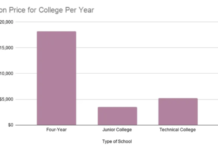 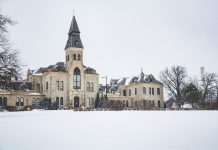 Letter to the editor: Public TEVALs would make for more informed...