Home Culture Feature Beyond the blue buckets: K-State Recycling by the numbers

The K-State Recycling Program has been in operation since the late 80s but has been booming in the last five years with the 2012 addition of the Recycling Center.

Many people don’t know what happens to their plastic bottles, papers and shopping bags when they throw them into the various blue bins around campus.

The Recycling Center recycles nearly 2 million pounds of materials every year. After being put into the bins, paper and plastic are taken to the Recycling Center behind Weber Hall. There, the recyclables are put into small cubes and sent to another facility to be sorted and repurposed.

Computers, events and books: Hale Library by the numbers

There are 340 “toders” located around the K-State campus. These are the recognizable blue recycling bins. They can be found around high traffic areas such as Anderson Hall, the K-State Student Union, and Hale Library. Along with the toders, there are also 32 cardboard dumpsters and 170 trash cans located around campus.

Since 2011 K-State has risen from the 226th rank in the country for recycling to No. 86. Bill Spiegel, director of recycling, takes pride in the recent numbers our campus has shown. In Dec. of 2016 alone, K-State recycled 141,935 pounds of material.

The Recycling Center plays a large role in keeping K-State clean and green.

“Reusing good materials for other purposes is recycling’s biggest benefit. We are trying to prevent landfills getting full of reusable materials that could make an impact somewhere else,” Spiegel said.

The Recycling Center relies on the student body to help keep the operation running smoothly. In 2016, the Greek community offered 457 volunteers to help the recycling effort on football game days.

“Students should have recycling bins in their houses to help contribute to the campus effort,” said Chandler Berry, junior in family studies and human services.

Most of the Recycling Center’s efforts are done behind the scenes, which is why they sometimes go unnoticed.

“We’re busy, there is a lot to do but we’re making a difference,” said Befort.

The Recycling Center takes volunteers whenever possible. For more information or to get in contact with the recycling facilities, visit their K-State website page. 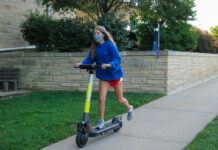 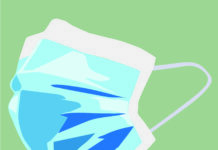