Indigenous Peoples Day, hosted in the Leadership Studies Town Hall on Monday, featured a lineup of Native American speakers who focused on issues in today’s society from Native Americans’ perspective. Everything from media representation to environmental activism was up for discussion.

Paulette Blanchard, a panelist at the event, said celebrating Columbus Day is something the U.S. needs to stop doing.

“Columbus never set foot on this soil for one,” she said. “Number two: he was lost. Number three: he was a genocidal rapist, murderer. He was one of the most atrocious people in history. … To glorify someone like that is embarrassing.”

Blanchard said she wanted those in attendance to learn more about indigenous people’s treatment by colonials in the past and how they are treated today. Having the speakers and panelists at the event was an opportunity for attendees to ask questions regarding indigenous people.

“They’re going over the history of everything and how it ties into today,” said Alicia Swimmer, Lawrence resident and member of the Rosebud Sioux tribe. “A lot of people, they just want to concentrate on when [colonials and indigenous people] first met each other. They don’t think that we’re in existence in modern day society like regular people.”

Swimmer came to the event with the Lawrence public school district’s Native American Student Services, and she said she hoped her students and anyone else who attended the lectures Monday learned a little more about the presence of Native Americans in modern society and how to interact better with them.

Those in attendance varied in age, occupation and ethnicity. One woman wore a “All my heroes killed colonizers” T-shirt, and many others showed their support for the event and what it represents. Blanchard said attendance could have been better, but it was “better than nothing.”

The event was livestreamed on the Indigenous Alliance’s page on the K-State website. Lisa Tatonetti, professor of English, said she was getting texts from people all over the country who were watching the speakers that morning.

“It makes me really happy to see the kind of participation and interest that it has,” Tatonetti said. “Last year, we were standing room only. There were people up against the walls.”

Physical attendance was not as high as the previous year’s, but Tatonetti said she was still impressed by the turnout.

Clyde Martin Jr., sophomore in interdisciplinary studies, came to the event to see one of his professors, though in the short time he was able to attend, was surprised by what he had learned.

“I think we need to bring more awareness about Native Americans,” Martin said. “I feel like they’re one of the back-burner races. I don’t think their celebrated day gets enough publicity. We have Black History Month, St. Patrick’s Day, Hispanic Heritage Month. I don’t think Native Americans get enough credit.” 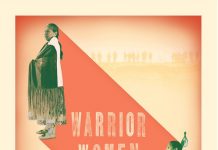 OPINION: Indigenous Peoples Day is important; so is Columbus Day

OPINION: Indigenous Peoples Day is important; so is Columbus Day