TCU continued their dominance this week over the Kansas State Wildcats in Manhattan. The Horned Frogs leaped in the rankings to number four in the country and are now in control of their own destiny, trying to reach the College Football Playoff. This weekend, they play the University of Kansas.

After a tough loss to Iowa State, the Sooners rebounded in dramatic fashion against the University of Texas in the Red River Rivalry. Oklahoma still has a shot to win the Big 12 and make a run at the Playoff. They head to Manhattan this week to take on a Wildcat team that’s hungry to rebound. Oklahoma moved back into the top 10 nationally, up to number nine.

Oklahoma State moved their way back into the national top 10 after their back-to-back wins. The Cowboys dominated Baylor 59-16 in a game where Mason Rudolph threw for over 400 yards. This weekend they play the University of Texas Longhorns, who have proven to be a competitive team.

West Virginia rebounded against Texas Tech last weekend after a heartbreaking loss the week before. The Mountaineers are ranked 23rd in the country and face up with Baylor this weekend.

The Longhorns have taken some tough losses this season, and that continued this past weekend in their heartbreaking loss to Oklahoma in the Red River Rivalry. This team has shown a ton of improvement since week one, and they can continue to improve. This weekend, Texas faces another tough game against Oklahoma State.

The Red Raiders had a chance to take down West Virginia last weekend, but ultimately fell 46-35. This is a team everyone in the Big 12 should be worried about going head-to-head with. Texas Tech faces off against Iowa State on Saturday.

Iowa State is coming off back-to-back wins after running over KU this past week. This weekend, they will face a tough Texas Tech team.

What started off as a hopeful season for the Wildcats has started to nose-dive. Every game is a must-win for this team if they want to be able to compete in the Big 12, but the road ahead won’t get any easier when the Oklahoma Sooners come to town this weekend.

Baylor is still winless, having just gotten crushed by Oklahoma State. The Bears will hope to get their first win at home against West Virginia on Saturday.

It seems like the Jayhawks really don’t want to give away their spot at the bottom of this list. They fell short again last week against Iowa State, losing 45-0. This weekend, the Jayhawks will face the hottest team in college football, TCU. 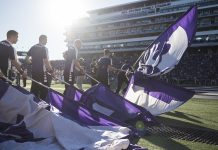 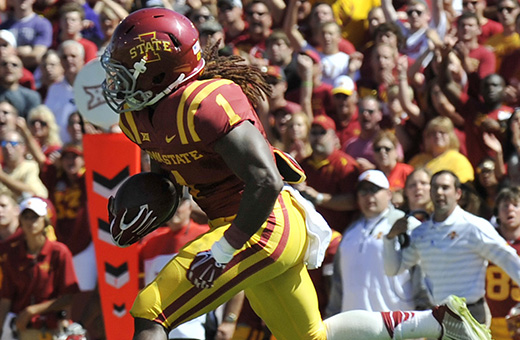