This Saturday, the Kansas State football team will host the Oklahoma Sooners at Bill Snyder Family Stadium. During their last meeting, K-State fell to Oklahoma 17-38. Currently, Oklahoma is ranked No. 9 nationally, while K-State is not ranked.

The OU Daily’s sports editor, Kelli Stacy, caught up with the Collegian’s editor-in-chief and sports editor, DeAundra Allen, to talk about Saturday’s game. To look further into the game, Stacy talked about the new head coach and the offense for the team.

DeAundra: Baker Mayfield has been averaging 300 passing yards per game. What has made his arm so hard to stop? Does he excel in other passes more than others? What makes him so hard to stop?

Kelli: Baker Mayfield is extremely accurate, and his decision-making has only gotten better over the past few years, which is what makes him so hard to stop. He doesn’t have as many weapons this year as he did last year, but the weapons he does have are fairly reliable. He knows which receivers he can trust, and his offensive line gives him plenty of time in the pocket.

Kelli: Trey Sermon is a bigger, more physical running back than Abdul Adams. Much like Samaje Perine, Sermon has the ability to break tackles and drag defenders behind him. Adams is more versatile, as he’s better out of the backfield.

DeAundra: Lincoln Riley is the new head coach for the 2017 season. What’s the main differences between him and Bob Stoops? Do you find any big changes in the offense or defense?

Kelli: There isn’t a large difference between Lincoln Riley and Bob Stoops. Riley was under Stoops for a few years, and their temperaments are extremely similar. Considering Riley has remained the offensive coordinator last year, the offense hasn’t changed aside from how often the Sooners go for it on fourth down.

DeAundra: What is your prediction for the game? 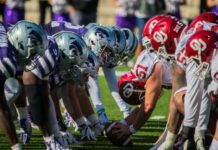 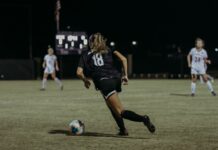 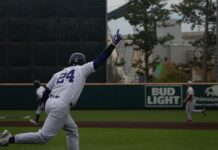