Instead of staying home bored for the entirety of winter or spring break, some students are deciding to go on “alternative breaks” to help communities in need.

Alternative Breaks is a name of a program provided by the Staley School of Leadership Studies that allows students to go on service learning trips in cities such as Dallas, Denver Kansas City, Missouri. In teams of six to 10 people, students spend a week working with communities affected by current issues and gaining skills that can be used after the break.

“A big part of K-State’s mission that they’ve been stressing in the last few years is diversity, and part of Alternative Breaks is learning how to be a leader in a diverse world,” said Kate Schieferecke, student coordinator for Alternative Breaks and junior in economics.

Hannah Schauf, student coordinator for Alternative Breaks and senior in biochemistry, said prior to going on an alternative break, students are taught ways to reflect on what they will learn during the trip. Coordinators encourage participants to ask themselves why their service is needed in the community and what their role is in combating societal issues.

Through the service learning model, Schauf said she thinks students are able to experience personal growth.

Schauf went on an alternative break to the AIDS Services of Dallas her freshman year.

“In Manhattan, you don’t really hear about AIDS or HIV much, so being in that cultural context was like a whole new place for me,” Schauf said.

Since Schauf was studying health, she said the trip made her realize that some diseases have stigmas attached to them, and she was later able to place what she learned in a larger context through her major.

Nate Cameron, junior in English, also went on a trip to the AIDS Services of Dallas recently and said learning about the stigmas attached to people affected by the disease was extremely impactful.

“One of the most important things I learned from the trip was that with issues like AIDS, it’s really important to go in with an open mind,” Cameron said. “There’s stigmas attached, but with an open mind, you’re able to overcome that and get to know the actual people.”

Students have also gone to Denver to work with public education. At North High School in Denver, K-State students aided teachers and worked with students to prepare them for college.

Schauf said many of the students at North High School have no aspirations to go to college, but that is often because they have never had someone there to encourage them to seize that opportunity.

A more local site for alternative breaks is with Hope Faith Ministries in Kansas City, Missouri. K-State students volunteer by cooking meals for the homeless and working at thrift stores.

Many Alternative Breaks participants said the most valuable aspect of the program is being able to work alongside people who once lived on the streets and hearing their powerful stories.

“I think the value of the break comes from the people you meet there,” Schieferecke said. “If a student goes into the break with the mindset that they want to learn through the people they meet, I think no matter where they go, they’re going to find value in the relationships they make.”

Alternative Breaks will be taking trips to the three sites listed above in Dallas, Denver and Kansas City, Missouri, over spring break. Interested students can fill out an application before Feb. 1. There is also a $250 fee for housing, transportation, food, insurance and administrative fees for participants.

“Through Alternative Breaks, I hope students get the opportunity to see the world through a new lens,” Schauf said. “I want them to feel like they contributed to something greater than themselves on that break.”

Snyder Fellows observed in research on coachability through the Staley School 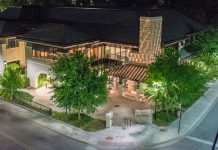