With a lot of last year’s contenders off to slow starts, the 2017 NBA season has gotten off to an interesting start. Here are some of the games to look out for in week three.

The Golden State Warriors, after getting off to a slow 1-2 start, has since then won four of its last five games and come into this classic rivalry game ranked second in the Pacific Division. The San Antonio Spurs started hot with a 4-0 start, but lost its last three games and has fallen into third place in the Southwest Division.

The Big 3 in San Francisco have taken off this season as Steph Curry, Kevin Durant and Klay Thompson are averaging a combined 74.4 points per game on a very productive offense that is first in the league in scoring.

I mentioned in last week’s “What to Watch” that the Warriors’ defense had been one of the reasons why the team hadn’t been winning games. It continues to be an issue, as players are giving up an average of 114.2 points per game, but the offense was able to explode in efficiency and effectiveness which resulted in some much needed wins in week two for the reigning NBA champs.

The Warriors and Spurs will play at the AT&T Center in San Antonio on Thursday at 5 p.m. The game can be seen on TNT.

The gruesome injury to Gordon Hayward’s leg got the Boston Celtics off to a rocky start, as the team dropped its first two games to the Cleveland Cavaliers and the Milwaukee Bucks, but have bounced back and won five straight games and will look to continue that on Friday against the Oklahoma City Thunder.

Boston continues to play hard-nose basketball with great defense and a non-flashy offense. That’s Brad Stevens’ basketball. Stevens, the youngest coach in the NBA, continues his college basketball-like game style, and it has proven to be very effective.

The Celtics made a lot of moves during this past offseason, acquiring Gordon Hayward, Kyrie Irving and second overall pick Jayson Tatum from the Duke Blue Devils. The Celtics have asked a lot from Tatum, and he has fit into that offense very well, averaging a solid 14 points per game, putting him third on the team.

The Oklahoma City Thunder’s superstar guard Russell Westbrook must have read my article from last week when I talked about him not being a good teammate, because he was able to get a combined 30 assists in the past three games, which leads the team. That has definitely been helping, and he will need to continue that in order to stop the red hot Boston Celtics.

The Celtics and the Thunder play at 8:30 p.m. in Chesapeake Energy Arena in Oklahoma City. The game can be seen on ESPN.

Giannis Antetokounmpo is arguably the early MVP favorite and is carrying the Milwaukee Bucks to a solid 4-2 start. As for the Detroit Pistons, the team is surprisingly tied for first in the Eastern Conference with the Boston Celtics and the Orlando Magic and look to stay hot with an early weekend win against Milwaukee.

Antetokounmpo is just the second player since 1994 to start the season with six straight games of 28 or more points along with Shaquille O’ Neal. Antetokounmpo is averaging a remarkable lead of 34.7 points per game, which includes a 44 point game against the Portland Trail Blazers. Khris Middleton also has started getting hot, coming off a nice 27 point game against the Atlanta Hawks.

The Detroit Pistons are trying to channel the days of the 2003-04, 2004-05 teams that made back-to-back NBA finals appearances but fell short both times. This team, unfortunately, does not have any team members from those years, but has Tobias Harris, Reggie Jackson, Avery Bradley and Andre Drummond. Harris leads the team this year in scoring and also led the team last year, as he was able to play all 82 games. It’s his leadership and scoring ability that has gotten this team to where they are this season.

The game will tip off in Little Caesars Arena in Detroit on Friday at 6 p.m. Watch the game on Fox Sports Detroit for the Pistons coverage or on Fox Sports Wisconsin for the Bucks coverage. 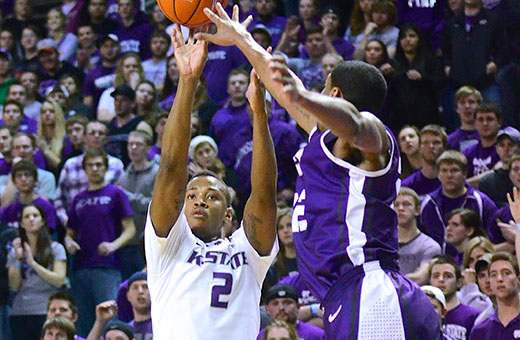