The Union Program Council, The Burrow and Women of K-State treated students to a night in the wizarding world Nov. 10 with the fifth annual Harry Potter Dessert Theater.

The Burrow: More than a fan club

The event was held in the Union ballroom. Members of the Burrow greeted guests with a “class schedule” punch card and a quiz to sort people into one of the four Hogwarts houses. Upon completing the quiz, guests visited the “Sorting Hat” and learned which house they belong in. After being sorted, the Hogwarts “students” attended their classes by visiting stations representing various classes offered at Hogwarts.

Stephanie Bayless, treasurer of the Burrow and junior in geology, helped plan this year’s event.

“I’ve never been able to attend the dessert theater before, so I was really excited to go this year,” Bayless said. “We have never based the activities off of classes, and it was challenging, but I think it made the event more fun.”

A highlight of the event was the food tables piled with popular wizard treats. The Honeydukes table featured a take-home candy bar with chocolate frogs, Bertie Bott’s Every Flavor Beans, chocolate dipped pretzels, candy snitches and lollipops. Guests were also treated to butterbeer, a favorite drink of Harry Potter himself.

Later, On the Spot Improv gave a special Hogwarts-themed performance, and several prizes were given away.

Cassie Van Slyke, sophomore in fisheries, wildlife and conservation biology, said she enjoyed visiting the class-themed stations the most.

“I’ve been a Harry Potter fan for way too long, so it is nice to be around people that share my nerdy interests,” Van Slyke said.

Erika Davis, program advisor for the UPC, said her favorite part of the night is seeing Harry Potter fans come together.

“The fans are what make it special; they go wild for tonight,” Davis said. “The average attendance is around 350 people, all to celebrate Harry Potter.”

REVIEW: ‘Fantastic Beasts 2’ is a monster you can’t help but love 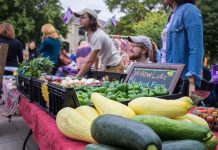 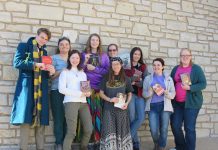 The Burrow: More than a Harry Potter fan club