The Kansas State football team will travel to Stillwater, Oklahoma, to take on the Oklahoma State Cowboys on Saturday. The game is set to kick off at 2:30 p.m.

Last week, the Wildcats lost an opportunity for a sixth win against West Virginia University. The Wildcats had many chances to pull ahead, but the win ultimately went to the Mountaineers, 28-23. Freshman quarterback Skylar Thompson stepped up this game and threw for 159 yards. He threw two interceptions and no touchdowns.

Junior running back Dalvin Warmack got a career high for a game this season, running for 96 yards. He didn’t run in any touchdowns, but he was able to get 41 yards down the field on one single drive.

“He has good quickness to him,” Snyder said. “He has good eyes in regards to picking and choosing where he’s going to go. He has a burst to him as well. … He can change directions well. He’s a pretty decent running back.”

For the Cowboys, they traveled out to Ames, Iowa, last weekend to take on the Iowa State Cyclones, where the Cowboys won 49-42. The Cowboys’ quarterback, Mason Rudolph, threw for 376 yards against the Cyclones. Rudolph has thrown for 3,690 yards this year with 30 touchdown passes and seven interceptions.

Sophomore Justice Hill was the main running back for the Cowboys this past Saturday, where he ran for 134 yards. Hill ran in for three touchdowns during this game. For the season, Hill has 1,198 yards and 12 touchdowns.

Snyder also talked about the loss against West Virginia at the press conference.

“I think the statistics can probably tell the story,” Snyder said. “We turned the ball over twice, and both turnovers were extremely costly in terms of points. We got penalized in manners that were very costly and kept us out of scoring position. We were unable to score in the red zone, or once you get the ball into scoring position, having the capacity to get something other than field goals. In the first quarter, we had four possessions that started inside the 50-yard line and got a total of six points out of it with two field goals. Those things were obviously issues for us.”

The Wildcats will hope for a sixth win this weekend to be eligible for a bowl game this season. K-State has not won against the Cowboys since 2014.

The Wildcats’ record is currently 5-5 this season, and they are not nationally ranked, while the Cowboys are 8-2 and ranked tenth in the nation.

The Wildcats and Cowboys will begin their showdown at 2:30 p.m. in Boone Pickens Stadium, and the game will be broadcast on ESPN2. 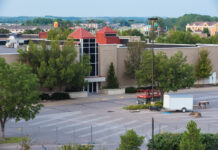 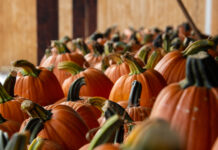